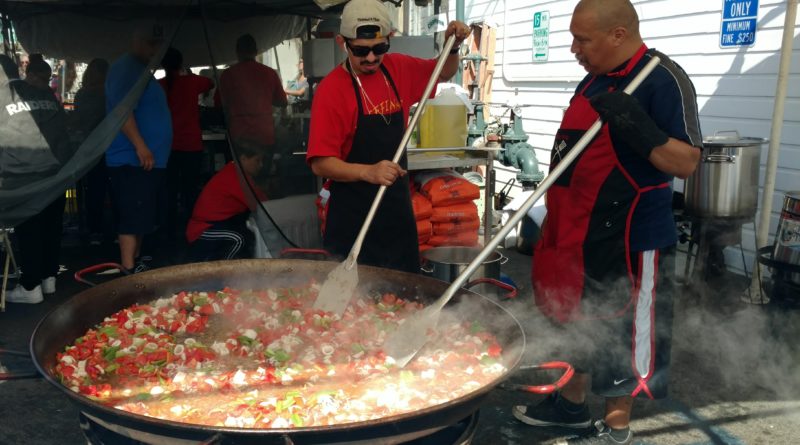 SANTA BARBARA—Seafood lovers won’t want to miss the barbecued albacore, clam chowder and other seafood dishes being served up at the Santa Barbara Harbor and Seafood Festival on Oct. 12.

Now in its 18th year, the annual festival celebrates the waterfront, highlighting the major role commercial fishing has in the harbor. According to the event website, commercial anglers land 10 million pounds of seafood each year, bringing $30 million to the local economy and beyond.

Some of the anglers who catch seafood in the Santa Barbara Channel will be on hand as visitors browse more than a dozen food vendors serving fish tacos, oysters, mussels, fresh crab, seafood paella and more. Festival goers will also be able to select fresh-caught lobster and sea urchin “uni” to have prepared on the spot.

The event also promises plenty to do besides eat, including several boating activities.

Santa Barbara Harbor Patrol will be giving fire boat demonstrations, the U.S. Coast Guard will be giving dockside tours of the Cutter Blackfin and there will be free boat rides aboard Azure Seas and Santa Barbara Sailing Center’s Double Dolphin. Visitors can also climb aboard Spirit of Dana Point for a dockside tour of the 1770s privateer replica.

Other activities include free lectures at the Santa Barbara Maritime Museum and taking in the views from the Observation Deck on 4th floor of the Outdoors Santa Barbara Visitors Center. SBMM will also be hosting a special local seafood and wine pairing event featuring four local chefs.

More than 35 other vendors will be showcasing including face painting, clothing, jewelry, custom artwork, and more.

The event runs from 10 a.m. to 5 p.m. and admission is free. For more information, including directions, parking and a list of vendors, visit www.harborfestival.org.