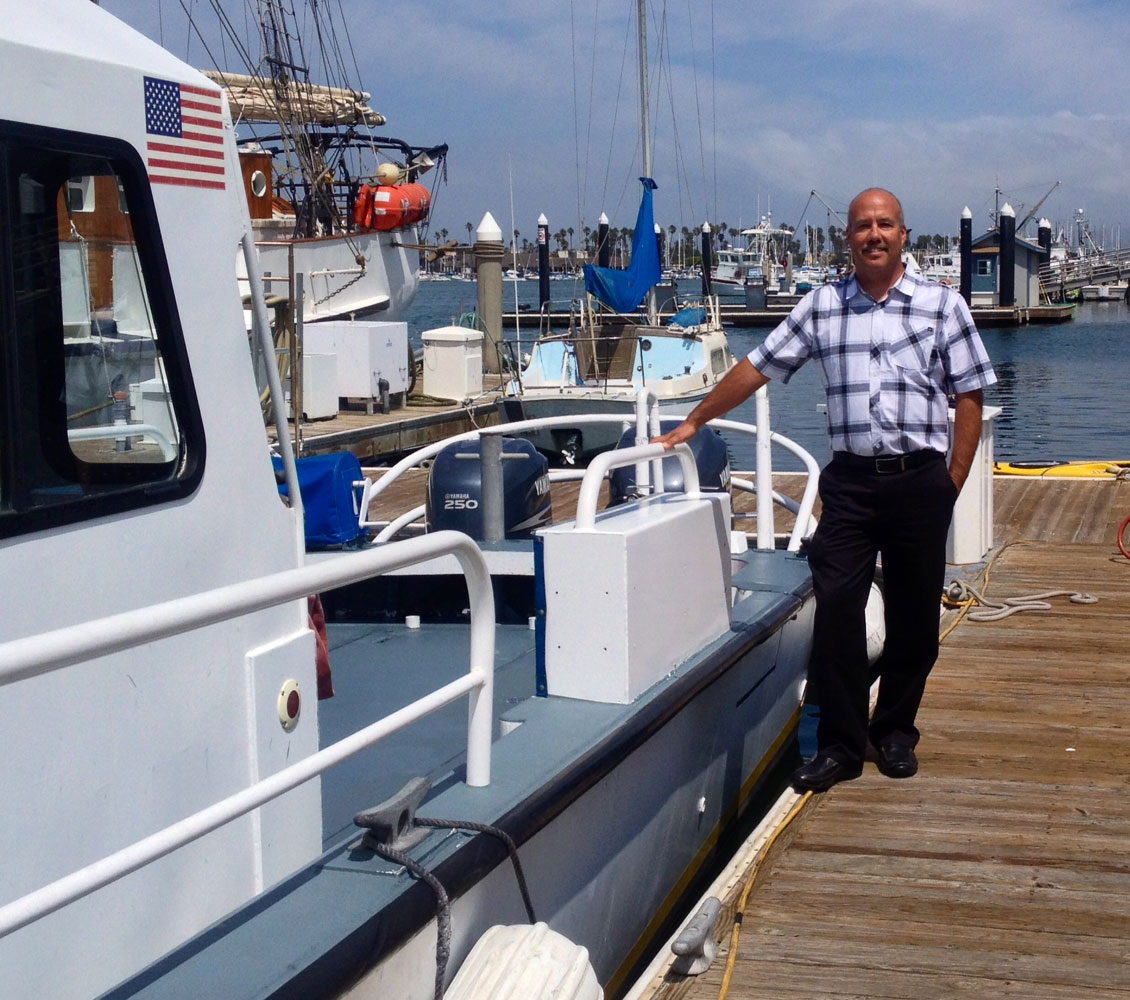 “Over the years, Jack has made many friends with commercial fishermen, sport fishermen, recreational boaters, harbor lessees, as well as regular harbor guests,” said Channel Islands Harbor Director Lyn Krieger who has worked with Peveler for the last 18 years. “He has been a pleasure to work with. We’ll miss him.”

Peveler has had many accomplishments in his career as noted in a declaration awarded to him on Aug. 5 by the Ventura County Board of Supervisors.

Knowledgeable in vessel handling and design, Peveler spearheaded the planning and construction of many Harbor Patrol boats; was key in the creation of a partnership with Ventura County Fire, the city of Oxnard and Coast Guard training of personnel and improving communications across agencies.

In 1997, Peveler hired and trained the county’s beach lifeguards, took the lead in professionalizing the county’s lifeguard program, achieving U.S. Lifeguard Association certification and started the Junior Lifeguard Program that has served more than 4,000 youth in Ventura County.

Following the tragic crash of the Alaska Airlines passenger jet in 1998 just off shore, Peveler coordinated the response and the ferrying of Coast Guard personnel to the crash site, supervised maintenance workers on daily beach watches, and coordinated with commercial fishermen, boaters and members of the public.

Environmentally conscious, Peveler created a Snowy Plover and Least Tern protection program in cooperation with the Ventura County Audubon Society and the U.S. Fish and Wildlife Service; installed the first free bilge pump operation in Southern California; led the Clean Marina Program in the harbor, and developed an oil recycling program. He was also involved in construction, repair and maintenance of harbor facilities and dredging projects.

What’s next for Peveler? “I have a new boat and I am taking my beautiful wife out for fishing around the Channel Islands National Park,” he said.

Gary Hirtensteiner, who has served with Harbor Patrol for 23 years, has been named the new Harbormaster for Channel Islands Harbor.

The water sports enthusiast joined Harbor Patrol in 1991,and was promoted to sergeant in 2001, then captain—a position that was created for him—in 2006.

“Gary has accomplished many important things in his tenure here,” Krieger said. “He has been instrumental in developing Harbor Patrol training and writing patrol training manuals. He has been key in coordinating training with Ventura County Fire, the Coast Guard and other agencies.”

Hirtensteiner has overseen Emergency Medical Training recertification, and the renewal of the Coast Guard Captain’s licenses for all 15 of the department’s officers, as well as keeping certification active for the Hazardous Waste Operations Program. He has also represented the County of Ventura at the Channel Islands National Marine Sanctuary Advisory Committee.

What Hirtensteiner says he likes most about the job is helping people.

“There is no better feeling when you can help someone out of a difficult situation,” he said. “When we get a call that a boater is about to run aground, when we get there and throw them a line and tow them to safety, they are very thankful and we feel very rewarded by the experience.”