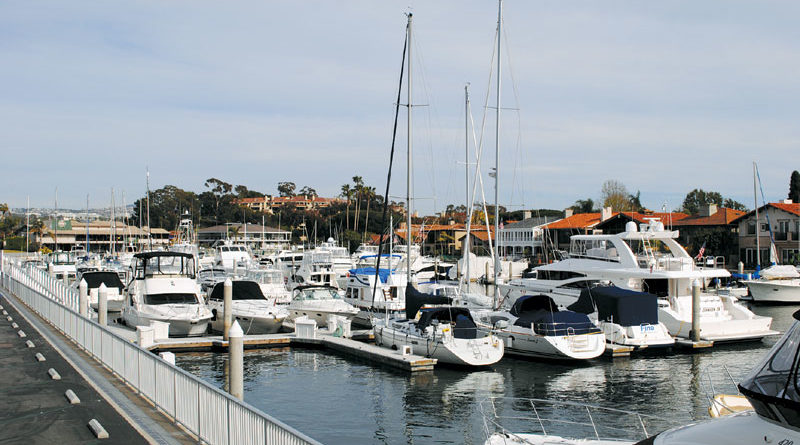 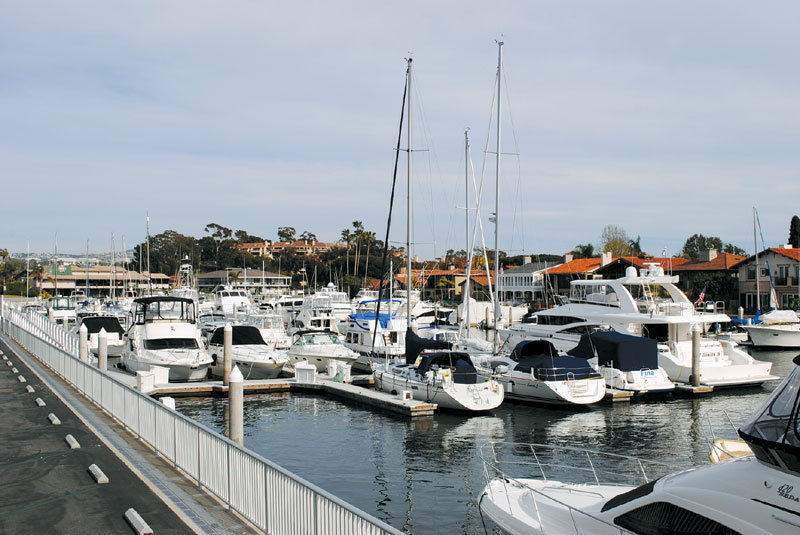 NEWPORT BEACH — As Newport Beach City Council members continue to evaluate fees throughout the harbor, commercial piers and marinas appear to be next on the list. A new plan, discussed at a March 13 city council study session, calls for commercial marinas to pay a rent increase from the current 36 cents per square foot — to $1.20 per square foot or 20 percent of the marina’s gross income, whichever is greater.

City Manager Dave Kiff presented the new fee proposal to council members, after the plan was developed by a subcommittee focusing on harbor charges and backed by the Tidelands Management Committee.

As part of the plan, the city would offer marinas new leases that would range from five to 30 years, based on the property’s condition, and would replace the current one-year permits that are renewed annually. The new leases would require that a minimum of 2 percent of the commercial tenant’s revenue be reinvested into improvements to the tidelands area. The rent increase plan is expected to be phased in over a three-year period, and it could be implemented as soon as May 1.

“The goal of this study is to determine fair market revenue levels from harbor uses to appropriately fund harbor capital expenses,” Kiff said.The increases would apply to the harbor’s commercial marina owners. The Irvine Co.-owned California Recreation Co. is the largest, operating marinas on 239,000 square feet of tidelands area.

Kiff said there are eight large and 21 small commercial marinas in Newport Harbor that would be affected by the new lease plan.

Yacht clubs, restaurants, shipyards, boat rental companies and other harbor commercial operations would not be affected this time, he said. However, Kiff noted, the next phase of the harbor fee review would look at those and other uses of the harbor.

While city council members and most harbors users agree that increased revenue is needed to cover the rising cost of harbor maintenance, many are questioning the methodology and amount outlined in the new proposed lease agreement.

City officials determined the amount of the planned fee increases by reviewing appraisals that found a 22 percent to 16 percent gross income range on area marinas. Officials also looked at the terms of two county marina leases in the harbor, which currently assess 20 percent of gross income.

Kiff said one benefit in changing the lease structure would be a greater assurance for marina operators that they would continue to have long-term use of the tidelands, even if they might see the new gross income percentage specification might be was seen as a negative.

“Any time you get into a ‘percentage of gross’ discussion, the city is in your business, and we’re nosing around and looking at what you’re making,” Kiff said. “That’s the concern I’ve heard back from folks about it.”

But marina owners spoke out about more than just the percentage payment stipulation during the meeting, reminding council members of the unique relationship between landowners and the city, which has relied on private funds to maintain and improve the tidelands and uplands areas since the harbor’s creation.

Ardell Marina’s chief financial officer Gary Pickett spoke during the meeting, warning against raising prices and changing the relationship between public and private entities in the harbor.

“The city’s proposal does not consider the enormous investment that has been made in the development of these marinas over the years,” Pickett said. “The proposed commercial tidelands lease agreement does not work for us, for many reasons. It has many flaws.”

“If the current proposal goes through, we believe the dynamics of Newport Harbor will be impacted dramatically,” Pickett said. “The boating community will have to vacate the harbor in large numbers — and they are already reeling from increases in fuel prices. In addition, the marinas and restaurants will be hurt, and local jobs lost.”

After fee increases were approved at city moorings and public slips at Balboa Yacht Basin in 2010, city officials began working their way through through all areas of the harbor, looking for ways to raise revenue from tidelands uses. The analysis is a must, officials said, in order to fund the ballooning costs to maintain and improve Newport’s tidelands — including Upper Newport Bay, Newport Harbor and local beaches.

Kiff noted that an additional $15 million is needed in dredging, on top of the city’s $7 million allocated for the completed Rhine Channel project and the impending Lower Bay project.

But former Newport Ski Co. owner and Balboa Peninsula real estate owner John Vallely said he views the increase as unnecessary, saying that dredging of the harbor’s federal navigation channels is the responsibility of the federal government.

“My family owned a building on Balboa, where we built our own seawall and dredged our own property — and we knew that at the pier head line, the federal government had responsibility to dredge the balance of the harbor,” Vallely said. “Now, Mr. Kiff says we need to do some dredging in the harbor.

“If I already dredged my area out, if I already built my seawall and have maintained it for 80 years, then why would I participate in a federal responsibility for dredging out this harbor?” Vallely asked. “This is progressive government progressing with taxes to take away private property rights.”

City council members Keith Curry and Leslie Daigle both agreed that the marina operators had raised valid concerns. Curry asked if more time could be allotted for marina owners to come up with a plan that might lessen the rate increases, but would still provide the revenue needed to pay for planned capital improvements around the harbor.

“I’m concerned about the economics of what we’re dong in today’s economy, and particularly concerned that we are getting involved in other peoples business,” Curry said. “We need to be very, very thoughtful about how we do that.”

Daigle noted that an increase in fees was necessary, but questioned the seemingly high rate increase.

“Our harbor, over the last 70 years, has not been maintained by the federal government: It’s been (maintained) because people in our community are self-starters,” Daigle said. “That’s who’s really built our harbor, and (has) given it its value. With respect to the people who have built this harbor, we need to work with them.”

Councilman Ed Selich closed the discussion with a warning to marina owners to not attempt to drag out the fee increases or submit ideas that are not feasible, noting that the council has been down a similar path with both the mooring fee increases and the Balboa Yacht Basin.

“Twenty percent was not chosen because it was ‘picked out of the air at random’ — there was some rationale to it, and it’s a middle-of-the-road approach,” Selich said. “I know that folks don’t like that number; but, quite frankly, our goal here is not to raise revenue, our goal is to meet our obligations under the state tidelands grant. I’m interested in hearing other ideas and everything, but I don’t want to see a protracted process on this.”

Over the past several months, a list of all tidelands maintenance and capital improvement projects has been developed, with around $160 million needed to fund seawall repair, dredging projects, water quality plans, the Marina Park project and more.

The result is a $15 million shortfall each year, covered by the city’s General Fund — a deficit Kiff said was approved by the State Lands Commission, but should be kept in check with the rising expenses to come.

“Whatever the fees will be, they won’t be enough to meet all of the local needs,” Kiff said. “But we need to set the fee profile, to know what the remaining funding gap will be.”

The Tidelands Management Committee — composed of Mayor Nancy Gardner and council members Mike Henn (chairman) and Ed Selich — has been working with a Citizen Advisory Panel to create a 10-year plan to prioritize the many improvement projects needed around the harbor.

At the March 21 meeting, Henn noted that the full notion of what it will take to run, maintain and improve the tidelands has only recently been made clear, and now the task of determining what is most important is under way.

“There are a lot of competing needs, and we need to put the money we have to the best places possible,” Henn said.

Former Newport Beach harbor commissioner Don Lawrenz is heading up the prioritization efforts of the Citizen Advisory Panel, which will eventually be presented to the city council when completed.

“No one likes to have fees increased,” Lawrenz wrote in an email. “However, if the current dredging and future projects are going to be funded in some manner, additional revenue has to come from somewhere.”