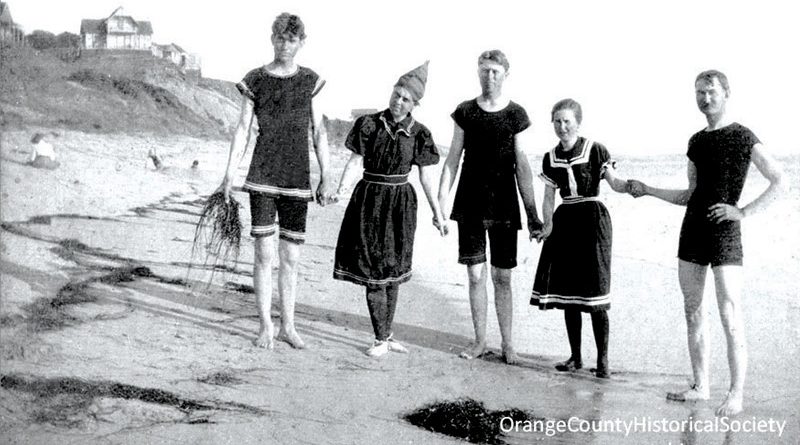 LAGUNA BEACH一 In the 1800’s the Spanish named this area “Canada de las Lagunas” (canyon of the lakes) and it was called Lagona until 1904 when the name was changed to Laguna Beach or just Laguna, according to a Dec. 12, 2020 article from DiscoverLaguna.com.

This is similar to the original name that came from the first Native American settlers who named the area Lagona after the two freshwater lakes in Laguna canyon.

Lagona became a seaside resort after the first European settlers arrived, visitors had to stay in tents, but by the 1880’s families started to build summer homes and cottages by Laguna Beach and in 1889 Joseph Yoch opened Hotel Laguna, which is still standing today.

The hotel attracted more travelers who would take the train to Irvine Station and then a stage coach to Laguna to enjoy the beach and the ocean.

Laguna Beach is still a popular place to visit and is the home of three art festivals, Festival of Arts, Sawdust Festival, and the Art-A-Fair. It is also home to the Pageant of the Masters, a live re-creation of classical and contemporary works of art staged using real people. To learn more, see the Visit Laguna Beach website at https://www.visitlagunabeach.com/things-to-do/art-culture/.