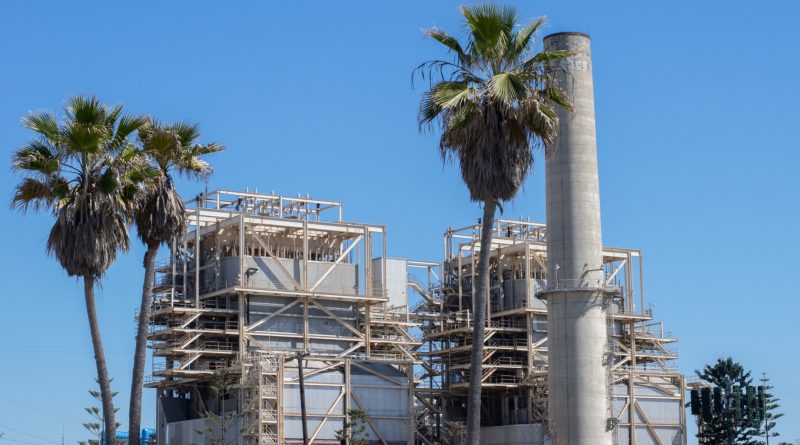 The Santa Ana Water Board is accepting comments on new revisions to tentative waste discharge requirements for the proposed desalination plant through March 15, and has also released disclosures of ex parte communications involving board members and the secretary of environmental protection.

HUNTINGTON BEACH—Hearings have been scheduled to resume in April for Poseidon Water’s controversial proposed Huntington Beach desalination plant. Last April the California Regional Water Quality Control Board, Santa Ana Region was expected to vote on renewing a permit for the proposed $1 billion project but the workshop was canceled due to COVID-19. A hearing scheduled for September was also delayed so Poseidon could have more time to address water board concerns.

Hearings have once again been set for April, this time to consider adoption of a tentative order revising the waste discharge requirements of the plant. The exact date of the hearing has not yet been released.

The Santa Ana Water Board released the revised tentative order documents on its website on Feb. 12. Revisions include additional restoration at the Bolsa Chica Wetlands and the creation of an artificial reef along the Palos Verdes Peninsula to satisfy the remaining mitigation requirements; inclusion of a finding regarding the human right to water; a revised deadline from three years of the effective date of the order to 18 months for Poseidon to submit the Climate Change Action Plan; among others.

Poseidon has also submitted a proposed alternative to the discharge and intake prohibitions for the board to consider at the continued hearing.

In lieu of the intake and discharge prohibitions, Poseidon proposed assuming responsibility of Bolsa Chica Ocean Inlet maintenance within twelve months of financial close rather than prior to intake or discharge as is currently required in the tentative order. Poseidon’s proposed language would also allow them to begin operation of the facility prior to submitting all of the supplemental plans required in the MLMP Schedule, other than the 30 percent design plan, and prior to obtaining the board’s approval of the supplemental mitigation plans.

The Santa Ana Water Board is accepting comments through March 15 on the new revisions that have been made since the order was last released for public review on June 30, 2020. Comments can be sent via email to RB8-PoseidonHB.comments@waterboards.ca.gov. The revised tentative order documents can be viewed online at ftp.waterboards.ca.gov/ using the following login information, username: Public Comments and password: HpTB32.

“We do anticipate evaluating comments received on the tentative order, making any proposed revisions as appropriate, and bringing the tentative order back to the Board for their consideration at the earliest opportunity,” said Santa Ana Regional Water Quality Control Board Executive Officer, Hope Smythe in an email.

A permit renewal from the water board is the first regulatory hurdle Poseidon needs to clear in order to move ahead with plans to build a desalination plant at the old AES Huntington Beach power plant at the intersection of Pacific Coast Highway and Newland Street. Poseidon hopes to use the 12-acre plant to produce 50 million gallons of potable water daily. The plant would discharge an average of 56.69 million gallons monthly of primarily of reverse osmosis concentrate and filter backwash into the Pacific Ocean.

Supporters of the project say the desalination plant is necessary to provide Southern California with water security during cyclical drought seasons, while opponents argue the project would be harmful to low-income ratepayers, unnecessary and as proposed would harm marine life.

Board Members Joseph Kerr, Kris Murray, and Lana Ong Peterson said in disclosed emails they had exchanged text messages and/or had telephone conversations with Blumenfeld. Kerr and Peterson disclosed Blumenfeld had asked how the meetings were going. Kerr added that Blumenfeld asked when the board might make a decision.

“I indicated I did not know as there were still a lot of scheduled public commenters the next day and many of the board members had questions…We did not discuss any substantive details of the proposed Poseidon Huntington Beach Desalination Facility during either phone conversation,” Kerr wrote in an email disclosing the communications.

California code states while the proceeding is pending there shall be no communication regarding any issue in the proceeding, to the presiding officer from an employee or representative of an agency that is a party or from an interested person outside the agency, without notice and opportunity for all parties to participate in the communication.

Smythe said in an email these members have publicly disclosed these communications for the record in an abundance of caution and for transparency.

“The disclosures are currently subject to public review and comment and we will closely consider all written comments received,” said Smythe in an email. “Based on the information currently known, we do not believe there are grounds for recusal of any board member and expect all the board members to be able to continue to participate in the proceeding.”