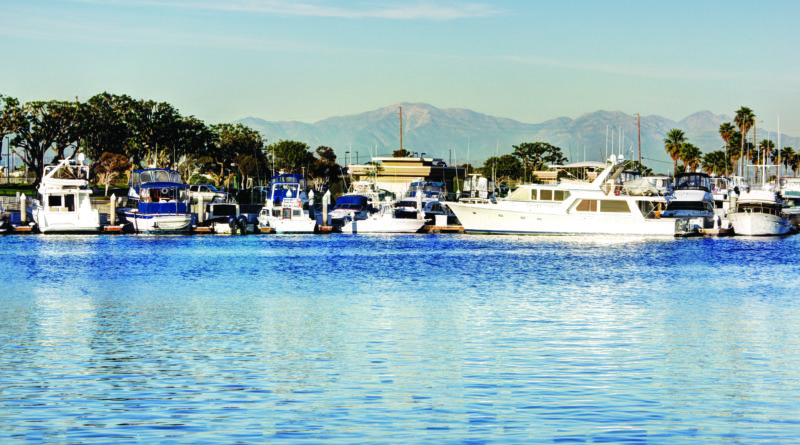 HUNTINGTON HARBOUR—In an email between The Log and city staff, Huntington Beach had previously theorized the introduction of the Huntington Harbour Commission would take place in February. However, February has come and gone – and now it looks like March 28 is the big day.

At the City Council meeting that took place March 4, council members approved the appointments to the newly formed harbor commission. Alfred Balitzer, William Larkin and Kimberly Milligan will each serve four year terms ending on Dec. 31, 2022. The remainder of the appointments, Michael Can Voorhis, Craig Schauppner, Renee Hunter, and John Ochs, will serve two years as commissioners, expiring on Dec. 31, 2020. All submitted applications for the commissioners have been publicly posted online and can be found at huntingtonbeach.legistar.com. The new commissioners have widespread backgrounds from military service to serving as the current Huntington Harbour Yacht Club commodore.

Huntington Beach’s City Council, back on Nov. 19, 2018, voted unanimously to form a harbor commission, which resulted in an amendment to Municipal Code 2.65. On Huntington Beach’s official website, there has been some information provided about the commission.

The website states: “The Harbor Commission shall act in an advisory capacity to the City Council in all matters pertaining to the Huntington Beach Harbor, its beaches, facilities, and parks. The primary role of the Harbor Commission is to advise City Council concerning Waterway Safety, General Infrastructure (e.g. seawalls, pier head lines, bulk heads etc.), Water Quality and Municipal Code Amendments.”

A few residents have been especially concerned about the water quality in Huntington Harbour.

In response to an opinion article penned by Parimal M. Rohit for The Log, an online commenter stated: “YES! Huntington Harbour needs representation and involvement of local residents. We have an abundance of issues, including aging infrastructure and boat access through Anaheim Bay; cleanliness and storm run-off pollution. Hopefully our best and brightest will step forward to provide needed leadership!”

Julie Toledo, Public Information Officer for City of Huntington Beach, confirmed in an email that the first meeting has been scheduled for March 28.

An agenda has not yet been posted for the first meeting, however, that will likely become available around a week prior to when the meeting is scheduled.