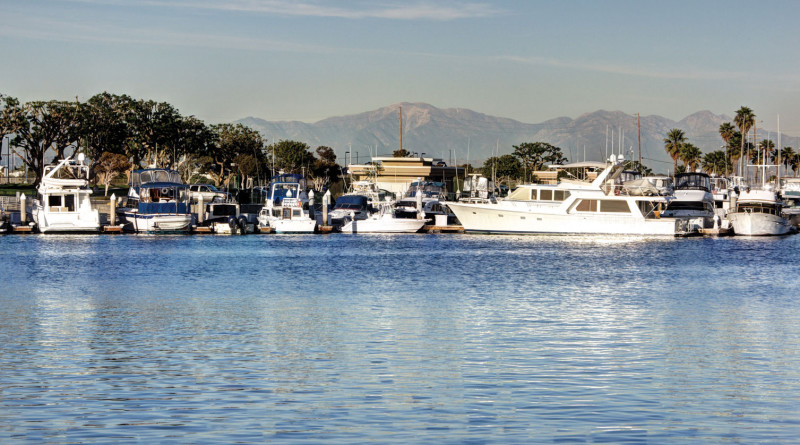 HUNTINGTON BEACH — Boaters at Huntington Harbour (or Sunset Harbor) might have to spend a sizeable amount of money just to fill up the tank with fuel, only to burn through some of the just-refilled gasoline on the return trip to Orange County’s northernmost marina.

The only fuel dock at Huntington Harbour is on the chopping block, meaning the thousands of boaters who dock at the marina would have to go to Alamitos Bay Marina in Long Beach or Newport Harbor to fuel up.

A Mariner’s Point employee confirmed what a local resident said in a detailed email sent to boaters and the press in mid-July: The ownership group of the only fuel dock in Huntington Harbour could be permanently shut down by Oct. 1.

Scott Lindenblatt, the fuel dock’s manager, confirmed the fuel dock would be permanently shut down this year and the private partnership operating the Mariner Point has no plans to relocate or open a new fuel dock in Orange County’s northernmost harbor.

However, the city of Huntington Beach could be stepping in to ensure an amicable solution is reached.

“While this is a private facility, the city understands the great importance the fuel dock — Huntington Harbour’s only fuel dock — has for the boating community,” said Julie Toledo, a spokesperson with the city of Huntington Beach.

She added city officials immediately reached out to the fuel dock’s partnership after hearing about the potential closure to explore options.

“While not a party to any negotiations, it is the city’s desire to ensure that a public fuel dock remains open and accessible for the Huntington Harbour boating community and visitors,” Toledo said. “We look to forward to the partnership any offers regarding the operations of the fuel dock and hope that serious offers are made to retain the fuel dock operations. We have been assured by the partnership that all offers will be considered.”

The Log reached out to Alison Nash of Center City Properties and Don Nuss of Nahas Enterprises to confirm whether the fuel dock would be permanently shut down by Oct. 1 and, if so, why.

Nash did not reply to The Log’s requests; Nuss replied he was unable to comment or verify facts “due to legal constraints.”

David Beek of Island Marine Fuel in Newport Harbor said he recently met with representatives from Mariner’s Point to discuss the possible closure. He questioned the age of the tanks and potential cost to replace them.

“Those tanks need to be replaced at a cost of around three-quarter of a million dollars. Plus the entire fuel dock is very old and tired and would also require a serious investment to get it back to normal standards,” Beek said. “It appears that the [ownership group] has no intention of investing in the fuel dock’s infrastructure so they are hoping a private investor or the city of Huntington Beach will pay the required improvements.”

Huntington Harbour resident Bill Larkin told The Log in an email he believes the fuel dock’s ownership group was economically motivated to shut the venue down.

“The closure is being pushed by one of the partners who own Mariner’s Point. One of the original owners passed away a few years back and the family trust had basically decided they didn’t like the risk that comes with a fuel dock operations,” Larkin said.

In a separate email sent to an undisclosed group Larkin explained how the fuel dock closure could impact boaters and emergency services.

“Aside from the ripple effect on marina occupancy, rents, property values and businesses, a greater concern is the safety factor as Mariner’s Point, has served as the main triage location for the Fire Department, Sheriff and local lifeguards,” Larkin wrote. “Injured swimmers or boaters will suffer longer response times, as access to help from shore-based paramedics or ambulances will no longer be available from PCH and the mouth of the harbor.

“Losing our only fuel dock, without any public comment or attempts to explore other options will have a lasting negative impact thousands of people that have come to love the community that Marina Point has helped create,” he added.

“If there is no available fuel in the harbor, it will be a much bigger issue, making Huntington Harbour slips the last slip of choice for anyone looking to berth a boat and harbor homes less desirable,” Larkin said. “Mariner’s Point serves a market base of more than 6,000 boats in Huntington Harbour. If the fuel dock closure comes to pass, it will put Huntington Harbour in the unenviable position of being the only small harbor in California to not have a fuel dock, meaning mariners needing fuel would either have to make the run to Alamitos Bay, Newport Beach or San Pedro.”

Beek said his dock in Newport Beach would be able to handle the increased traffic should Mariner’s Point in Huntington Harbour shut down.

“If the fuel dock does close in October, Island Marine Fuel could easily handle the additional traffic from Huntington Harbour. We already service many boats from both Huntington and Dana Point harbors,” Beek said. “I completely understand the headache and frustration of the boaters in Huntington that would have to travel the 5 to 6 miles to get their fuel. I am a boater and would dread that inconvenience as well.”

He added no one gave him a clear answer as to who owned the land associated with the fuel dock.