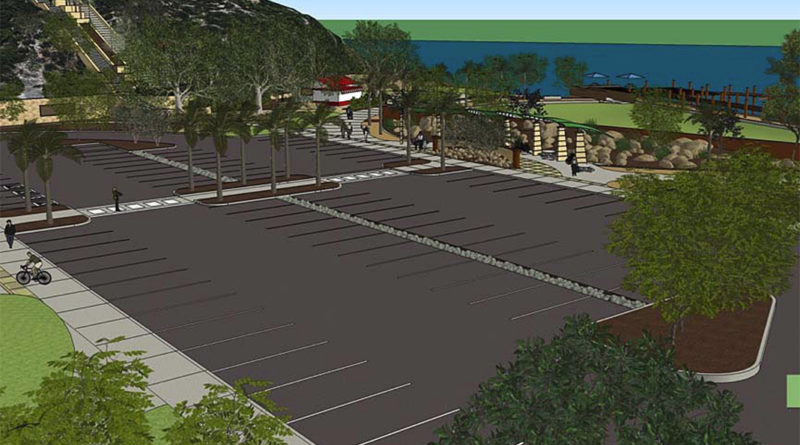 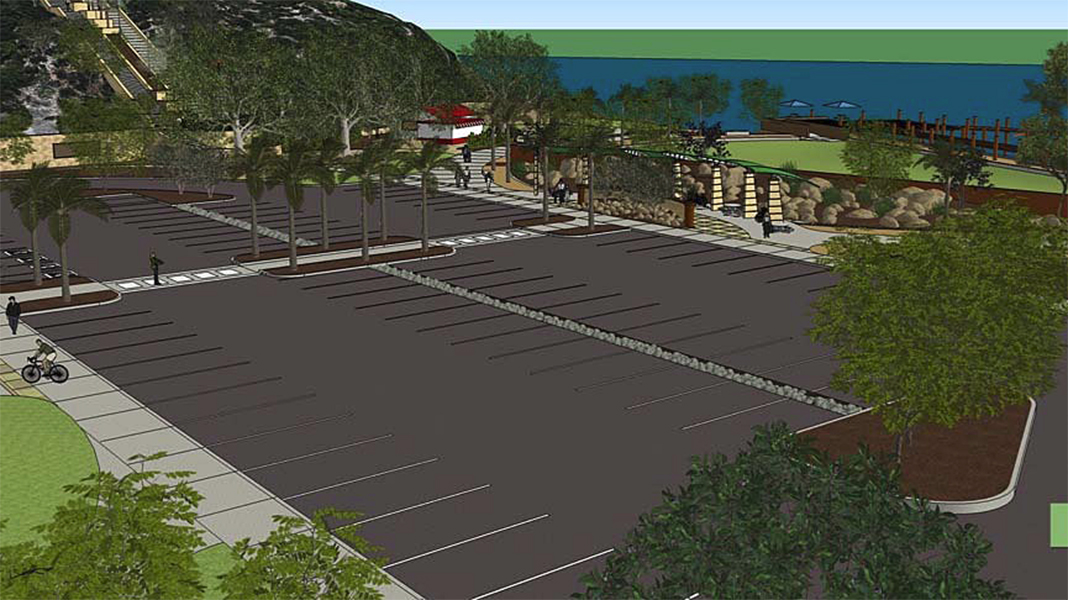 Newport Beach — A grand staircase running from Upper Castaways to the Lower Castaways parcel in Newport Beach, Calif., was only one of the ideas Harbor Commissioners discussed on ways to revitalize the four-acre site.

The connecting staircase, which would hypothetically be used for walking and viewing on one side and jogging and other exercise on the other, was presented by Harbor Commissioner David Girling who leads the Lower Castaways subcommittee.

At the March 12 meeting, exactly one year after Lower Castaway’s first study session was held; Girling provided the public a detailed look at the land as it stands today and the culmination of several community ideas on how to develop it.

“Recommendations include a restaurant onsite like Castaways or Will Wrights, an ice cream shop, which some of you might remember,” Commissioner Girling said. “It’s such a big parcel that many people are suggesting we can do many different things.”

Aside from the grand staircase, a boat launch, an L-shaped dock, park, a biking and hiking hub, a marine waste disposal facility, water taxi base, a community garden and 80 to 90 car parking lot are some suggestions for the site.

“I would encourage a hand launch. We don’t advertise that at Orange Coast College but there’s always a ton of people coming to hand launch there. I think there’s a strong demand” said Commissioner Brad Avery. “Obviously it’s a spectacular park and would really have so many uses, but we really need to think about the grand staircase and whether it would really fit in terms of scale.”

The parcel is currently zoned as a commercial marina, must be rezoned, for recreational use.  As it currently stands, the project will require approvals from several regulatory agencies, such as the California Coastal Commission, City Council and the California Department of Fish and Wildlife. The land is currently a Marine Protected Area (MPA) which protects against any development or use that would kill wildlife, Girling explained.

“Our only solution is to get in front of the Department of Fish and Wildlife and let them know what we’re doing, if we state our case there is a good chance that they’ll be sympathetic,” said Garry Brown, founder and president of Orange County Coast Keeper. “There’s going to be probably unnecessary push back. I think a lot more groundwork must be done, not only with the commission, but with other people that are stakeholders.

“I think it’s doable but it’s going to take some effort,” Brown added.

The decision to put the MPA on Lower Castaways wasn’t based on science, Brown explained. There were other factors. Political negotiations between fishermen of Newport Bay and conservationists determined Coast Highway bridge an iconic boundary. The north side of which now prohibits the changing of anything that would impact the bottom sediment and habitat below mean low tide. Such changes would include pilings and launch ramps, Brown noted.

“If it gets to a point where the Department of Fish and Wildlife basically describes a process that the City of Newport Beach could go through to get an exception,” Brown added, “then there would have to be an environmental assessment done as to what would be the impacts from the city wants to do.”

Girling noted that the city would like to utilize the natural land as well as preserve existing things like the fichus trees.

“The [development] plan would be a minimalist approach, we don’t want to spend a whole lot of money but capitalize on the gem that it is,” Girling said. “There are many iterations of this, none of this is written in stone; we’re bringing this to you to get your feedback.”

The renderings will be presented to Tidelands Committee on March 19 and to the Parks Beaches and Recreation Commission on April 1.