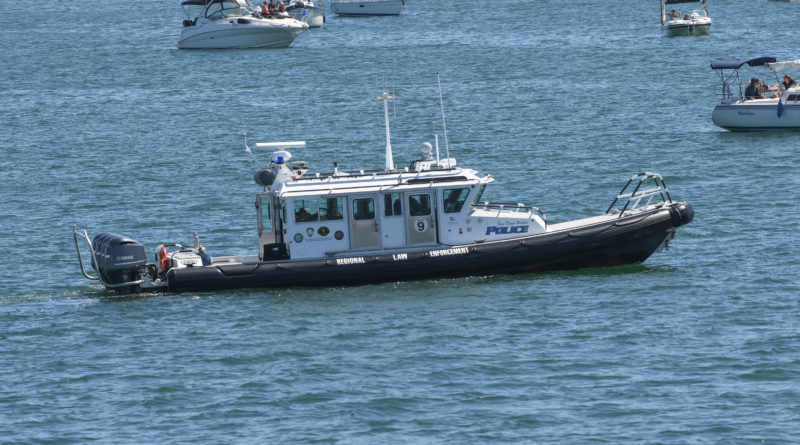 SAN DIEGO — Picture a scene where business owners are losing more and more profit each day by following the rules. This is what happens to legal passenger charter vessel owners every day when they go out on the waters.

In areas such as San Diego, legal charters are increasingly being pushed out or are in competition with illegal counterparts.

It’s not just in San Diego. Charter businesses in Dana Point, Marina del Rey and other areas have made similar complaints. What is being done to combat this issue and will it impact those who choose to illegally run a charter operation?

A Day in the Life of a Charter Owner

A private charter owner in San Diego prefers to keep a secret identity. In the past, damage has been done to the charter owner’s vessel in retaliation for openly going after illegal charters. For the purpose of this story, The Log will identify this charter owner as Dan.

In San Diego, though attempts have been made to address illegal hire-by-passenger boats, Dan said the ordinances have not been effective or significant enough to make an impact. During the recent recession, disposable income was not readily available. According to Dan, since the partial financial recovery, anyone who has a boat and is not using it believes they can make a quick buck by chartering it out.

How can paying customers distinguish between legal and illegal charter operators? Dan said it is fairly easy. The answer lies in asking for documentation. If a charter is legal, they should not have any trouble providing this information, which must be posted on the vessel. Illegal charter operators will hem and haw, step around the issue or might become angry or verbally abusive.

A group of charter operators have gotten together, but some feel frustrated and like they are making no headway or that with other political and enforcement problems in San Diego, such as immigration, that illegal charters are not a priority. According to Dan, the Harbor Police may be understaffed or undersourced.

One positive, Dan stated, is some marinas in San Diego have a limited number of charter operations allowed and that each charter business has a niche, which can cut back on too much competition that hurts business.

Hurting business owners may be one thing, but safety is also a concern. Typically few charter permits are allowed in most harbors and the operators are expected to uphold a standard of safety that goes beyond what might be expected of non-charter permit holders.

The Log, last year, reported on illegal passenger-for-hire activities and it continues to be a subject that draws controversy and passion for boaters all over, not just charter owners.

Nearly a year ago, the Coast Guard, Port of San Diego, Harbor Police and city lifeguards joined forces to attempt to regulate illegal charter activities. At the time, statistics on the illegal operations were not readily available and agencies at a federal level were hoping to rewrite regulations that would finally see some headway.

Victor Banuelos, the Community Policing Sergeant for the Port of San Diego Harbor Police Department (SDHP), told The Log that the process of amending the ordinance, which would target Section Code 4.37 UP, is currently in the works. As is, the code applies only to sportsfishing vessels. The process includes numerous parties, from the Port of San Diego, U.S. Coast Guard, stakeholders, the public and a committee made up of representatives from regional working groups and others who are seeking to review the current laws.

Banuelos said a meeting would be held April 24 to further the discussion on ordinance updates. Seeking input from other California ports experiencing problems with illegal charters also takes precedence.

The major priorities of SDHP have been public safety and charters, illegal or otherwise, that are operating in an unsafe manner, such as speeding or boating under the influence,

Banuelos also mentions responding to the community continues to be important and among other pressing issues, such as marine fires, homeland security, property crime, homeless crime and marijuana’s legalization, that SDHP is openly working towards solutions. If any illegal charter is operating in an unsafe way or violating local law, Banuelos ensures harbor patrol will respond.

While there has been something going on behind the scenes, the process is slow and takes time and any amendments would also need to go before The Port Commissioner’s Board. Board Officials had hoped to tackle the problem and provide educational material to the public, which was provided by the United States Coast Guard in June 2017.

Carrying more than 12 passengers on a vessel requires a Coast Guard approved Certificate of Inspection.