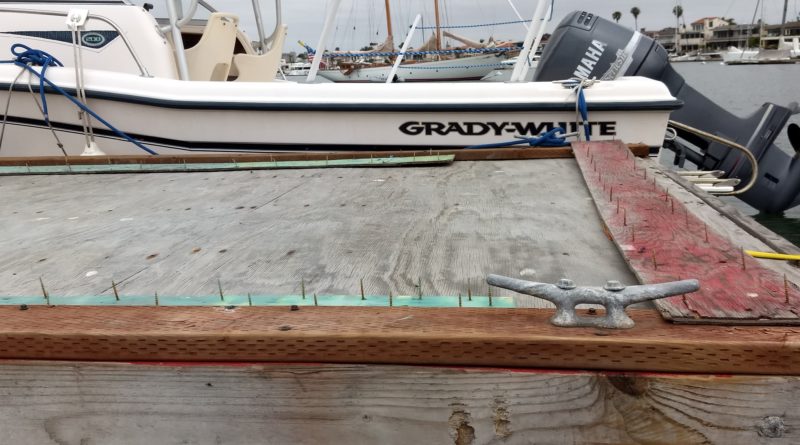 A dock in Newport Beach Harbor apparently used nails to defend against seals.

SOUTHERN CALIFORNIA — A reader of The Log recently sent us a few photos of a dock in Newport Beach Harbor, with the sharp ends of long nails sticking out from its edges. The nails were apparently being used to deter – and injure – any seals seeking to claim a spot on the dock.

The Log reached out to the city of Newport Beach and two state agencies – the California Coastal Commission and Fish and Game Commission – to determine whether nails could be used in this manner to deter seals away from a dock.

We’re unsure who owns this dock or who placed these nails sharp side up along its perimeter. It’s also unclear whether these photos where doctored. 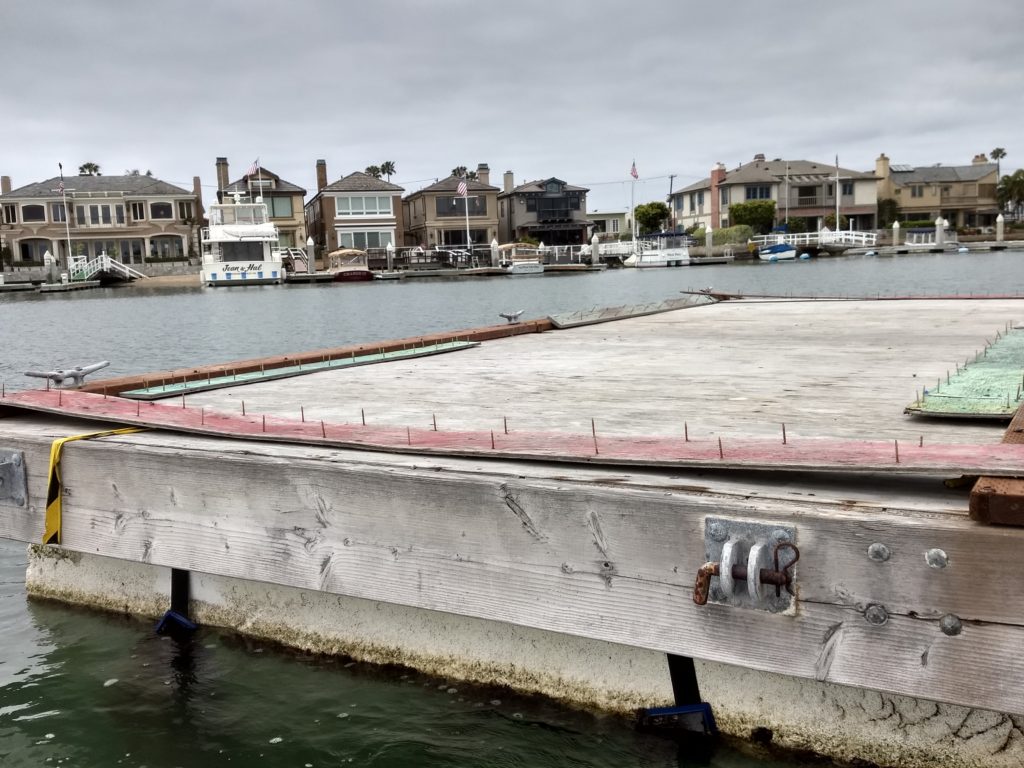 What we were able to confirm, however, is the use of nails in the manner portrayed in these photos is illegal. No one is allowed to use the sharp end of nails to prevent a seal from jumping onto a dock.

“Appropriate deterrent measures,” according to the National Oceanic and Atmospheric Administration (NOAA), include:

“Guard dogs are not included on the list of suggested measures because of risks to both dogs and marine mammals, including the potential risk of disease transmission between them,” NOAA staff stated.

NOAA listed the following deterrent measures as techniques to avoid:

Sea lions are a protected species under federal law (Marine Mammal Protection Act, or MMPA). Anyone who has questions on best techniques to deter sea lions should contact their local harbor patrol or law enforcement office. NOAA’s West Coast Fisheries office in Long Beach is also available for advisement or guidance; the office can be reached at 562-980-4050.