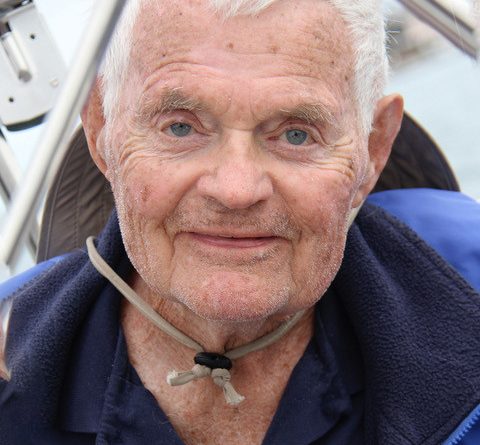 “BCYC members’ hearts are deeply saddened by the passing of one of their members Joe Degenhardt,” Bahia Corinthian YC said in a released statement.

Bahia Corinthian YC said he died peacefully by natural causes at his home in Corona del Mar with his son Bill, his daughter Grace and her husband Glenn Dassoff by his side.

Degenhardt joined Bahia Corinthian YC in 1980 and had been sailing for 41 years, racing his 38-foot Catalina Lickity Spilt for the last 20 years. His accomplishments include four Congressional Cups, including one 1st place; 30 Newport to Ensenada races; a Transpac race with his daughter; and sailing the world over many years with his beloved wife, Verna, their family, and many friends. He also won four Catalina 38 National titles.