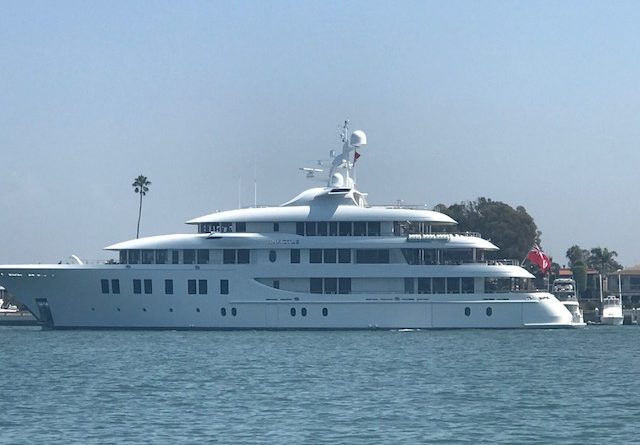 NEWPORT BEACH — Newport Beach’s favorite megayacht is back in town. Invictus was observed navigating through Newport Beach Harbor on Aug. 17. At least one deckhand who works full-time on the harbor said this is the first time he’s seen Invictus in Newport Beach this year.

The 215-foot megayacht is no stranger to Newport Beach, as she’s visited the Central Orange County city annually since debuting on the water in 2013. Invictus is available for charter; the summer rate is $525,000 per week.

The city of Newport Beach is looking into developing consistent and transparent regulations for large yacht mooring within the harbor. Vessels measuring 80 feet and larger would be required to obtain a permit to anchor in a designated area.

Invictus, on its Aug. 17 arrival, was seen navigating toward and eventually anchoring the harbor’s Turning Basin area.