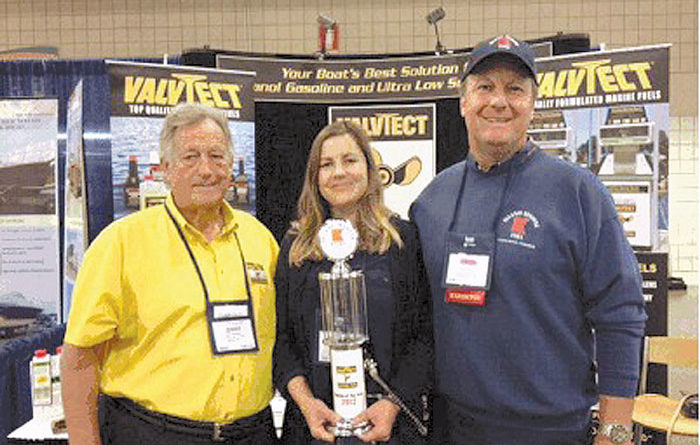 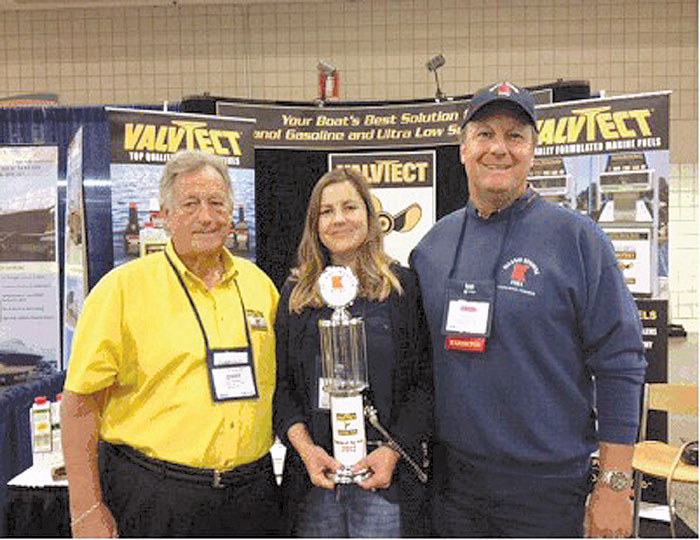 At a gala dinner at the International Marina and Boatyard Conference (IMBC), Island Marine Fuel of Balboa Island in Newport Beach was presented with the 2012 ValvTect Marina of the Year award.

Chosen for its outstanding customer service, environmental stewardship, contributions to its community and extensive marketing of ValvTect marine fuels, Island Marine Fuel has a long and rich history in the Balboa Island/Newport Harbor area.

The company’s history dates back to 1913, when Joseph Beek arrived in the Newport Beach area from Los Angeles. After serving as the community’s first harbormaster, Beek opened Island Marine Fuel on Balboa Island in 1933.

“We are pleased to represent ValvTect Marine Fuels in Newport Harbor,” David Beek said. “After being a Unocal 76 fuel dock for almost 50 years, we were proud to bring the ValvTect brand to the harbor. Once we did, our fuel sales kept growing, as customers told other boaters that they were getting better fuel economy, less smoke and triple the fuel filter life from using ValvTect Marine Fuels.”

Island Marine Fuel has no slips for vessels to dock, but it has the longest fuel dock in Newport Harbor and can accommodate vessels up to 160 feet. It provides oil changes, is an official California used oil collection depot, has a full mini-mart and a marine hardware store, offers fresh bait and has a full-time master marine mechanic on staff.

Known for its extensive support of the Newport Harbor community, among the many events Island Marine Fuel sponsors is the Hoag Cup Regatta, which has raised more than 500,000 for Hoag Hospital of Newport Beach. The company has helped raise a similar amount sponsoring the CHOC Regatta for Children’s Hospital of Orange County. Island Marine Fuel also sponsors the Zane Grey Fishing Tournament, and its founder created the world-famous Newport Beach Christmas Boat Parade, reported to be the oldest and largest boat parade in the world.

“We are pleased to present the 2012 ValvTect Marina of the Year award to Island Marine Fuel, who has given so much to the local boating and non-boating community,” said Jerry Nessenson, president of ValvTect Petroleum Products. “We are fortunate to have many of the industry’s best marina operators represent the ValvTect brand. Giving back to the community is important, and we want to reward the effort.”