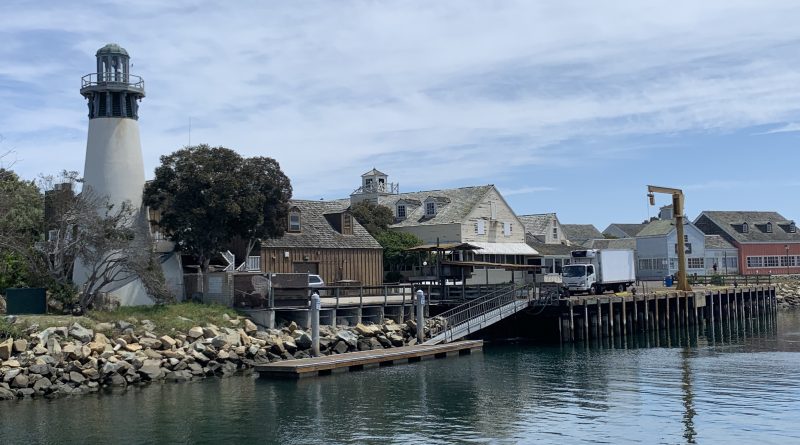 Ventura County’s attempt to add 400 residential units to the long-desired revitalization of Channel Islands Harbor was rejected by the California Coastal Commission.

OXNARD—One financial downturn already forced the planned revitalization of Fisherman’s Wharf at Channel Islands Harbor to be substantially delayed. A political back-and-forth between city of Oxnard and county of Ventura, combined with the onset of another economic recession, could result in the local waterfront being dilapidated for several more years.

Ventura County’s Harbor Department filed a formal request to override the city of Oxnard’s decision to not allow zoning changes at Fisherman’s Wharf and Channel Islands Harbor. The county wanted to re-zone the area to allow for 400 residential units to be built at the waterfront district. Oxnard’s City Council, however, opposed the county’s proposed changes.

The California Coastal Commission, which heard Ventura County’s appeal on August 12, rejected the Harbor Department’s request to override the city of Oxnard’s decision to not allow a re-zoning for residential uses.

Oxnard’s rejection, accordingly, stands – and the entire revitalization project is now up in the air.

Some commissioners said they are generally open to considering proposals to re-zone areas in favor of residential uses, but Ventura County’s approach to forcing the issue wasn’t the appropriate means to achieve its desired ends.

The commission had approved similar requests only three times in its 40-plus-year history. Commissioners would approve an override of such a vote would benefit the greater good (and the local decision was not beneficial to that greater good). A city approving a nuclear power plant, for example, could be shot down if a county opposed those plans and sought to have the decision overridden.

The Harbor Department would have to have shown its plans to bring 400 residential units would be beneficial beyond the city of Oxnard, where Channel Islands Harbor and Fisherman’s Wharf is located. Only in this specific, narrowly framed situation would Ventura County’s request for override have a chance of being considered.

Members of the Coastal Commission did not believe the greater benefit of the county’s plans were significant enough, beyond the immediate area of the harbor, as to cancel Oxnard’s City Council decision, which was made in November 2019. The issue, instead, was viewed as a local dispute between city and county.

Many commissioners stated they wish their decision did not come down to weighing the merits of the request for override, as the Fisherman’s Wharf project was, overall, worthy of moving forward. They acknowledged the area is dilapidated and in need of revitalization.

Approving the county’s request for override, however, wasn’t the ideal decision to make, according to commissioners. The decision effectively takes the Fisherman’s Wharf revitalization back to square one.

The Log will analyze the effects of the Coastal Commission’s decision and report our findings in a news feature story; the story will be published in an upcoming issue.