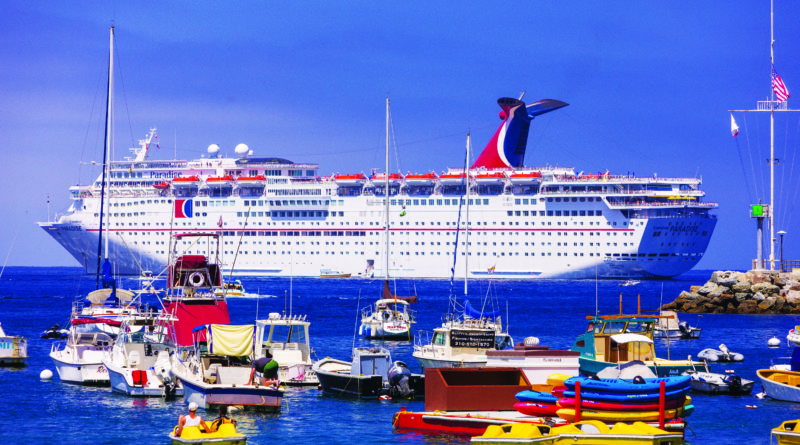 Royal Caribbean Cruise Lines will come to Avalon in June 2021, but is Catalina fast approaching a critical mass with cruising market?

AVALON—Avalon’s City Council held an in-depth conversation about the effects of cruise ships on the local economy and infrastructure on Oct. 1. At the heart of the discussion was whether the city drew enough revenue from the cruise ships without having more visitors than Avalon could handle.

Carnival Cruise Lines sends two of its ships – Inspiration and Imagination – to Avalon on a weekly basis. Avalon has an agreement with the cruise line where the city collects full wharfage fees on one vessel and reimburses Carnival for half the wharfage rate of all passengers on the second ship. The second ship must visit Avalon at least 50 times per year in order for the reimbursement to be in effect.

Royal Caribbean Cruise Lines will be sending a ship to Avalon on Wednesdays, between June and September in 2021 and 2022.

“As this vessel is the only one scheduled from Royal Caribbean Cruise Lines and is only scheduled to call on Avalon 16 times a year, it will not receive a marketing incentive reimbursement,” city staff stated in a report to council members. “Assuming there are approximately 2,500 visitors aboard the vessel each time it calls on Avalon, the vessel is projected to generate approximately $200,000 in wharfage fees annually as well as additional revenue for the Island’s economy.”

Cruise ships, which rely upon Avalon as a destination in their marketing campaigns, are a significant economic contributor to the city. The issue: at what point do cruise ship traffic become too strained for Avalon to handle?

“There’s five and six coming in a day [at other ports-of-call]. We know we can’t handle that,” Mayor Anni Marshall said, stating Avalon doesn’t have the infrastructure to handle up to a half dozen cruise ships in a day, compared to other destinations.

Avalon Harbormaster J.J. Pointdexter made a similar statement, saying while the city needs the money coming from cruise ship visits, there is only so much Catalina Island’s sole municipality could handle.

“We shouldn’t be doing two ships at a time, our infrastructure can’t handle that,” Pointdexter told City Council members during the Oct. 1 meeting. “Obviously the cruise ship industry is a big industry for us, it pumps in a lot of money into this town.”

Pointdexter added the cruise ships contributed $722,590 in wharfage fees to the city of Avalon between January and September of this year.

“I don’t think that anyone in our community wants to see cruise ships come in seven days a week, even five days a week,” City Manager and City Clerk Denise Radde told council members.

But Radde did acknowledge the cruise ship industry is still quite valuable to the city of Avalon.

“I think we all remember what it was like in this town when everything closed up after Labor Day. There are a lot of people in our community that rely on those cruise ships to be here so they don’t have to leave the island in the winter,” Radde said.

Cruise ships began coming to Avalon in 1989. Avalon is one of seven ports-of-call in California; the other six are Long Beach, Los Angeles, Monterey Bay, San Diego, San Francisco and Santa Ana.

“Of those port cities, Avalon is unique in that it is the only port visited by cruise ships consistently that is a destination, not a port of origin. Santa Barbara and Monterey Bay are not ports of origin; however, neither city is considered a destination. Rather they each is used to seasonally reposition cruise ship fleets,” city staff stated in a report to council members.

Avalon adopted an ordinance in 2017 to set wharfage rates. The initial rate was $3 per passenger, with 50-cent increases each year through 2021. The wharfage rate is $4 per person this year and will be at $5 per passenger by 2021.

City staff stated cruise passengers spend an average of 4.58 hours on the island, but the combination of passenger visits and wharfage fees brings $17.4 million to Catalina’s economy. The income “accounts for 10 percent of the Harbor Fund’s operating revenue,” according to Avalon city staff.

One thought on “Just Cruisin’ On By: Avalon Tries to Manage Cruise Traffic”