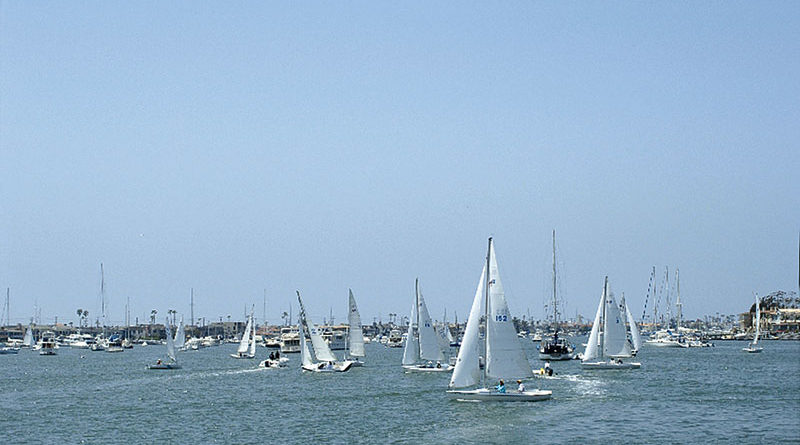 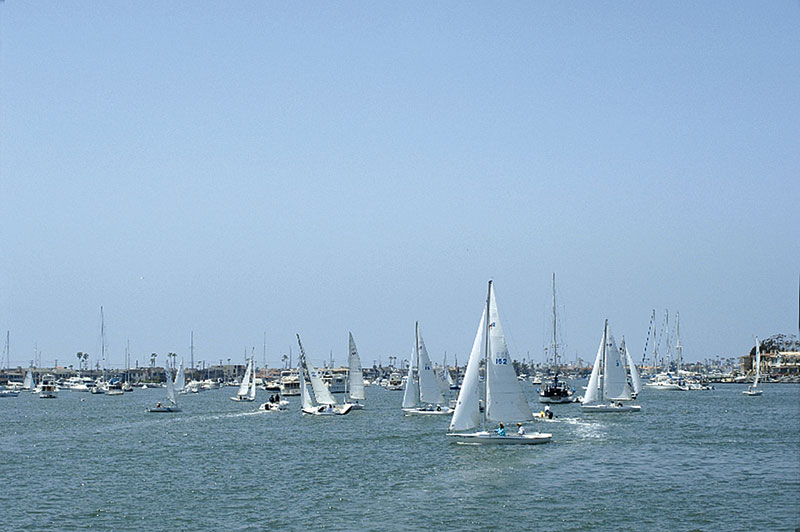 NEWPORT BEACH — While Newport Beach Harbor Commissioners were busy ironing out the details for a proposed speed limit exemption for sanctioned sailboat and crewboat races in Newport Harbor, they ruffled a few nautical-related feathers in the process.

Most sailors and crew racers in the harbor have greeted the speed limit exemption talks with approval, as proposed new rules would allow for boats in races to exceed the current 5-knot speed limit in the harbor while racing or practicing for races.

But, when the Harbor Commission drafted the proposal, they decided to clear up a longstanding mix-up in the harbor. The current speed limit in the harbor, according to city ordinance, is 5 knots (which is 5.75 mph) — however, the county-installed buoys scattered throughout the harbor display a 5 mph speed limit.

The discrepancy is often overlooked by boaters, who traditionally have measured distance and speed in nautical miles, not statute miles. The gauges in most boats provide readouts in knots, not miles per hour.

In an effort to clean up the confusion with the posted signs, Harbor Commissioner Doug West — who heads the Newport Harbor speed limit subcommittee — added a stipulation in the speed limit exemption proposal that the city change its speed limit from knots to miles per hour, to conform to the Orange County code.

While many boaters and harbor users have voiced their approval of the speed limit exemption for sailing races, many opposed the change from knots to miles per hour.

Newport Harbor Yacht Club secretary Dwight Belden pointed out that while the 15-percent reduction in speed from 5 knots to 5 mph may not seem like much, it can add up when trying to get around the harbor.

“The average trip from the breakwater to the yacht club would be almost 10 minutes longer (at 5 mph), and some boats don’t have the ability to go below 5 knots even at low idle.” Belden said.

After hearing the complaints, West and the subcommittee moved to keep the city code intact, with the 5-knot speed limit, and work with the California Department of Boating and Waterways (Cal Boating) to change the county code to match it.

On Nov. 28, the Harbor Resources Department sent the proposed amendment to Cal Boating, to sign off on the speed limit change. West said he is hoping the department doesn’t raise any objections during the 30-day review period. That would allow the speed limit exemption to be voted on by Newport Beach City Council members in January.

“We’re a boat harbor — and the way boats operate is in knots,” Harbor Commissioner Brad Avery said. “I just can’t imagine doing it any other way.”

Currently, buoys marked with a 5 mph speed limit are located around Newport Harbor and are maintained by the county. If the change is made, Harbor Commission chairman Ralph Rodheim noted that the buoy markings should be changed to 5 knots, to line up with the new ordinance.

West stressed that the change in county code from miles per hour to knots would have no effect on the central goal of the ordinance, which is to create a speed limit exemption for sail- and human-powered craft races within the harbor.