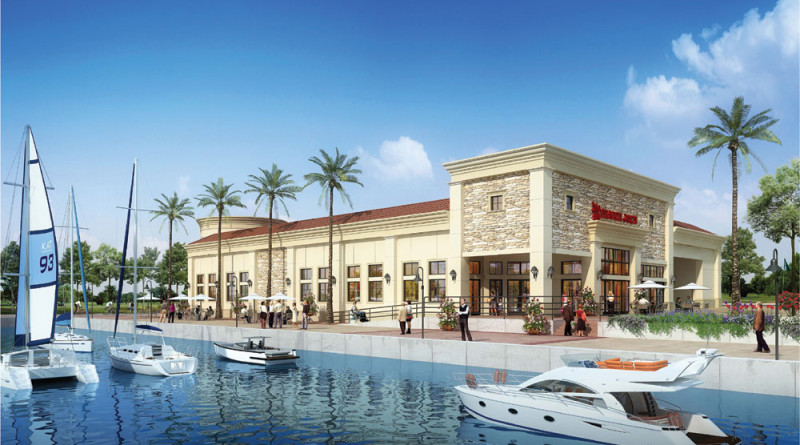 LOS ANGELES — A public request to reject a project promising to bring more than 83,000 square feet of retail, restaurant, marine commercial and boater serving space to Marina del Rey was denied by the Los Angeles County Board of Supervisors on Nov. 24, allowing the Pacific Marina Venture project to move forward.

The project was opposed by local resident and activist Jon Nahhas, who appealed the Regional Planning Commission’s approval of project plans in August. Nahhas filed an appeal with supervisors in September, claiming the Pacific Marina Venture project is inconsistent with the county’s visioning process.

“This project would completely hinder access to the public recreational lands in Marina del Rey at the ‘Gateway to the Marina’ as cited in the Marina Visioning Plan,” Nahhas stated in his appeal.

He told supervisors during the public hearing the proposed project, located at Marina del Rey’s Parcel 44, ignores boating interests and negatively impacts public use of the harbor.

“Trader Joe’s is a great retail market … but it’s completely inappropriate to be deployed … at the mouth to our entry way to our public lands,” Nahhas said, claiming Marina del Rey is becoming highly privatized at the expense of public access. “Marina del Rey was created for the enjoyment of L.A. County citizens. This is a public harbor. Recreational boating is now an afterthought.”

The project would double the number of trees on site and promote boating interests, according to Richard Bruckner, the county’s director of regional planning, and Supervisor Don Knabe.

A majority of the nearly two dozen speakers who addressed supervisors on Nov. 24 disagreed with Nahhas’ appeal, claiming the Pacific Marina Venture project would benefit boaters, residents and visitors.

Aaron Clark, who serves as counsel for Pacific Marina Venture, said the proposed development would actually increase public access to the water.

“This project is a public access dream,” Clark said, boasting a bike path along the seawall, 100 bike parking spaces and public plaza areas.

Clark said boater interests would be served by a West Marine store and the inclusion of two dinghy docks at Trader Joe’s.

Others said the new Pacific Marina project would vastly improve a dilapidated area in great need of repair.

“The project welcomes everyone into the marina. It gives us boaters a dinghy dock, finally,” said Rikki Barker, a liveaboard and Del Rey Yacht Club member who also works with the Marina del Rey Historical Society.

Bob Koepple, a yacht broker who operates out of Marina del Rey, said upgrading Parcel 44 is a necessity.

“Parcel 44 is actually the doorway to Marina del Rey. That doorway is now 50 years old. There is a dire need of total reconstruction. The docks are falling apart,” Koepple told supervisors. “We desperately need this project.”

The proposed project improves many visitor serving elements in and around Parcel 44, according to Tim Riley of the Marina Del Rey Lessee’s Association.

“It improves the promenade. The developer expanded the view corridors. There are many attractive features,” he said.

There were some who opposed the project and hoped supervisors would uphold Nahhas’ appeal.

A representative from the Sierra Club, for example, worried the project would increase traffic in Marina del Rey and remove old-growth trees surrounding Parcel 44.

Resident Helen Coyne-Hoerle also worried the proposed project would bring too many vehicles to an already busy region. She requested Trader Joe’s to open its newest location elsewhere in the region.

Current plans call for Pacific Marina Venture to demolish existing structures and vegetation at Parcel 44 (bounded by Bali, Admiralty and Mindanao ways) and replace it with an open-air boat stacking/rack system capable of storing up to 56 boats, and 13 mast-up dry boat storage spaces.

A public waterfront promenade, marine-themed commercial space, retail, restaurants and offices are also included in the plan. Each element would be included within eight buildings no higher than two stories tall. Up to 462 vehicles and 100 bicycles can be parked at the new development, according to plans.

One of the buildings would, according to county staff, house a yacht club; South Coast Corinthian Yacht Club is currently located where Pacific Marina’s project is proposed to be built. Three buildings will contain restrooms for boaters.

Parcel 44 is located at 13443 Bali Way; the U-shaped property is about 8.39 acres in size, according to county staff.