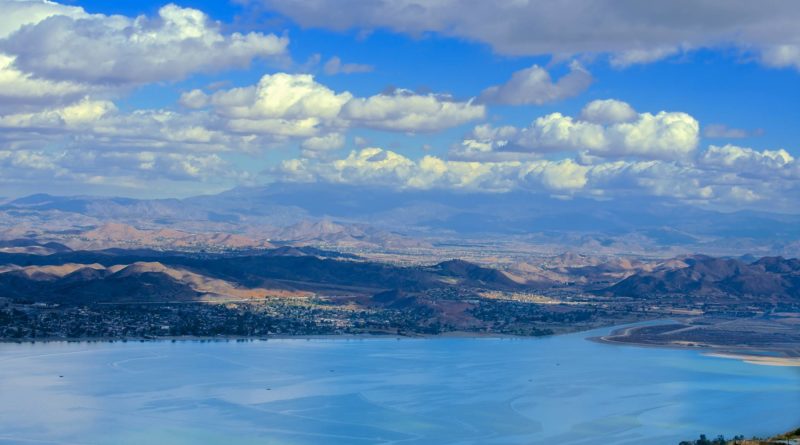 LAKE ELSINORE—In its heyday it must have been a grand place to visit, but in recent years Lake Elsinore, the largest freshwater lake in Southern California, has certainly had its fair share of problems. On Feb. 20, after an extended closure to treat a blue-green algae outbreak, the lake reopened to the public.

At one time, Lake Elsinore was one of the celebrity “staycation” destinations for stars of the silver screen and it even had its own answer to the Loch Ness Monster in Scotland – Elsie the lake’s “unofficial mascot.” The lake has faced a terrible drought, low water levels, and higher temperatures, possibly resulting in the algae, also known as cyanobacteria.

Lake Elsinore’s fishery also saw overpopulation of threadfin shad, which the city also cites as reasoning behind the algae bloom. Shad feast on zooplankton that in turn feed on algae, disturbing the delicate balance and health of the lake.

In 2015, the city of Lake Elsinore began Lake Watch in an effort to protect the lake, which now displays a greenish hue of toxic algae on top of the other problems.

“The city started its Lake Watch efforts to get prepared and regularly inform the community about the health and concerns of our most valuable asset – Lake Elsinore. While the city and the Elsinore Valley Municipal Water District each spend more than $750,000 per year to add 5 million gallons of recycled water to the lake each day, it is not enough to offset evaporation,” states the city of Lake Elsinore’s official website.

The lake’s water levels declined in 2016, which also coincided with its first algal bloom outbreak. Storms helped to replenish the lake in 2017, but 2018 was a significantly drier year and the algae returned causing officials to shut Lake Elsinore in August.

Algal blooms are very dangerous, especially when ingested. Pets and children are most notably susceptible to the blooms since dogs will often groom their fur to remove the scum and children may accidentally swallow water while playing near algae. Algae are becoming a growing problem in many areas of the United States and Southern California is no acceptation.

The Log reached out to Lake Elsinore city officials, but did not receive any feedback before press time. Any comments will be updated online.

For the most current news about Lake Elsinore and other information about spotting algae/safety precautions, visit the website at lake-elsinore.org/LakeWatch.