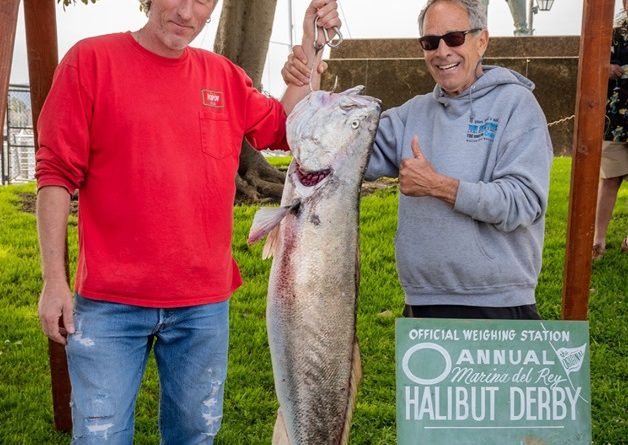 Ahman’s white sea bass catch not only put him atop the individual leaderboard, but it also earned his team a first place finish. Team finishes are ranked by total weight of eligible catches.

Sea Yah finished first in the team category, with a 57.8-pound combined catch total (the white sea bass). Ahman and Jimmy Stathis were the anglers aboard the boat.

Second place was claimed by Na, which returned to shore with 42.6 pounds, combined, of eligible catches. Anglers aboard Na were David Contreras, Christopher Cooper and Larry Felando.

Bugs, which had Steven Legere and Dylan Legere aboard, finished third, with 37.5 pounds combined.

The Marina del Rey Halibut Derby was held at Burton Chace Park and in the water. The grand prizes were: five days, four nights and one fishing day for winner and guest at La Paz with Tailhunter International Sportfishing (airfare not included); a 2.5-day trip aboard Tomahawk; and, two spots aboard an overnight trip on New Hustler for June 30.