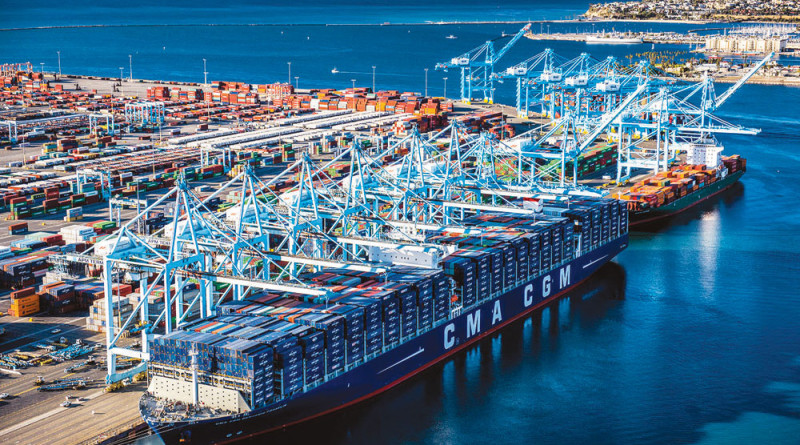 SAN PEDRO — The Port of Los Angeles welcomed its largest guest yet as CMA CGM Benjamin Franklin, a 177-foot wide vessel pulled into the harbor on Dec. 26, 2015.

According to the port, the vessel is the largest container ship ever to call at a North American port.

Launched by the French shipping line CMA CGM on Dec. 10, 2015 CMA CGM Benjamin Franklin is 1,300 feet long, and has the capacity of nearly 18,000 containers, according to the port.

The vessel’s capacity of nearly 18,000 TEUS (Twenty-Foot Equivalent Units) is about a third larger than the biggest container ships that currently call at the San Pedro Bay Port Complex, according to the port.

CMA CGM Benjamin Franklin departed the port on Dec. 30, 2015 for the Port of Oakland where it tied up at the port’s Outer Harbor upon its arrival. According to media outlets, the ship was greeted by groups of photographers, helicopters and watercraft.

The container ship returned to Asia at the conclusion of the voyage to the U.S.