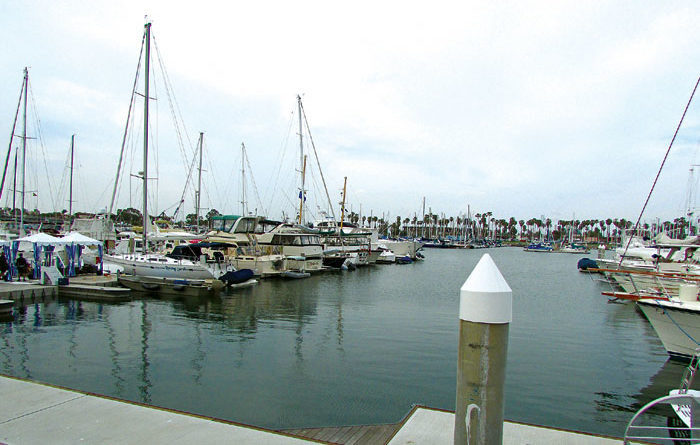 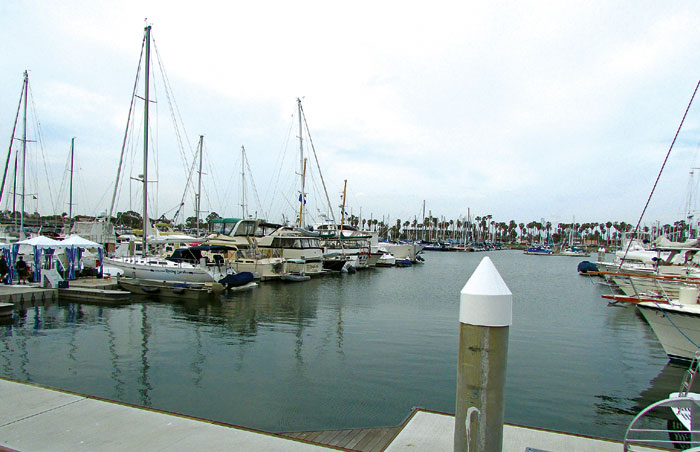 Commissioners voted several times on five options provided by Marine Bureau manager Mark Sandoval during a May 9 meeting. The advisory group pondered how to ensure that the marina maintains adequate funding for future upgrades while not imposing too big of an increase on local boaters.

The commission directed Sandoval to provide four additional options at last month’s meeting, when he had proposed a 2 percent increase (99.2 cents per square foot) across the board.

“The objective for next year would be to have enough money for Basin 5 to rebuild Alamitos Bay Marina, to ensure the marina fund balance remains over $2 million, and to ensure our slip fee strategy supports a future bond issue or alternative,” Sandoval said.

The marina enterprise covers operating costs, debt services and the marina rebuild. Sandoval provided commissioners with a market rate comparison that showed Long Beach’s slip fees would remain below average, even if the proposed slip increases were implemented.

“If we raise the slip fee too much, even though we have the best rates around, we do risk people leaving the docks,” said Commissioner Darlene Gidley. “Don’t cover all the $2 million by slip fee increases.”

The “positives” for implementing a 2 percent fee increase for all slip renters is the fund balance would have more than $2 million, slip increases would still be less than CPI, and it would demonstrate to financial institutions that the marina enterprise is in a position to have nominal fee increases on an annual basis, Sandoval explained.

However, he said, there were also several “negatives.”

“Any fee increase, at this point in time, on the customers of wooden docks would probably be met with a lot of resistance, because we haven’t rebuilt the docks,” Sandoval said. “And they would look around and see other customers on concrete docks paying the same (rate) for their slips.”

The new concrete slips are installed at Rainbow Marina, Shoreline Marina and Basins 1, 4, 5 and 8. The wooden slips are in Basins 2, 3, 6 and 7.

Marina Advisory Commissioner Eric Peterson recommended voting on Option 2: no increases across the board.

“The city did not put money aside, (even) knowing that wood docks do not have a finite life,” Peterson said. “So, people are concerned that the city didn’t put money in the bank account to update the marina at a later date, and now it is resting on the shoulders of the slip renters. I think that it is unfair and unreasonable to expect that.”

Sandoval explained that imposing no slip fee increases would mean the marina enterprise would be unable to generate the needed $2 million floor — and that could have an adverse effect on a potential bond issue to complete the marina rebuild.             The motion for no fee increases failed.

Commissioners also voted on Option 5 — to hold the slip fee increase for older wooden slips and increase the slip fees for concrete docks by 2.9 percent — a level that would bring the fund to more than $2 million.

“I wanted to encourage the commission to accept Option 5,” said Bob Hubbard, a marina tenant in Basin 2. “I wouldn’t be opposed to a slip increase on a two-tiered system. It is only fair, given that who knows when Basins 2 or 3 will actually be rebuilt, given the financial restraints.”

However, Sandoval estimated that plans to rebuild would be brought to the city council in a year.

The motion for Option 5 failed.

Sandoval will present the commission’s recommendation at a future city council meeting. If approved, the increases would be implemented in October 2014.