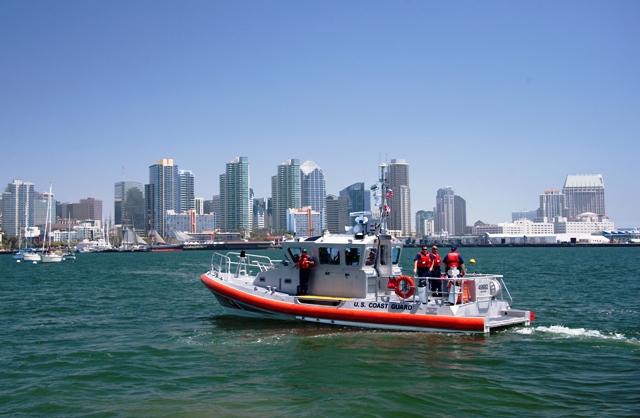 NEWPORT BEACH — Border crossings do not solely occur over land. Orange County’s three coastal harbors double as a functional international border crossing where one can move from one country into another by navigating the local waterways. Yet how permeable are local harbors or marinas to illegal entry? How frequently are boaters communicating with law enforcement officials to help authorities identify drug traffickers or human smugglers who enter the United States via water instead of air or land? What other illegal activities beyond drug trafficking or human smuggling could occur at a harbor?

These questions are not easily answered. Federal authorities regularly publish cumulative data on the amount of drugs seized or the number of migrants captured but do not specify where illegal activities most likely occur. Trafficking drugs on a panga boat or smuggling immigrants on a yacht might receive the most media attention, but at least one federal agency is seeking funding to determine whether small boats have nuclear or radioactive devices aboard.

One thing is for certain: no one knows where the next panga boat full of marijuana or yacht full of undocumented immigrants will land, let alone if a small craft has a nuclear device aboard. Accordingly, federal authorities urge recreational anglers and boaters to maintain a watchful eye along coastlines or within marinas and report suspicious behavior.

In 2008, the Department of Homeland Security released its Small Vessel Security Strategy to analyze national security threats along local and regional waterways.

Seven years later, federal agencies are still trying to reach out to the boating public to help them monitor local coasts and harbors.

According to Homeland Security and other government agencies, there are as many as 13 million recreational boats registered in the U.S, making the monitoring of potential illegal activity entering the U.S. via harbors and marinas a difficult task.

Joining Homeland Security in monitoring activities at harbors between Santa Barbara and the U.S.-Mexico border are agencies such as the Coast Guard, Immigrations and Customs Enforcement (ICE) and Customs and Border Protection (CBP).

Coast Guard officials reported its officers boarded more than 43,000 recreational boats and issued nearly 11,000 citations in 2014. To continue its monitoring of recreational vessels navigating the Southern California coastline and other waterways across the U.S., the Coast Guard requested nearly $10 billion in funding for 2016. About 15 percent of the requested funding would be dedicated to monitoring security along the country’s waterways and make migrant interdictions.

The nearly $1.5 billion in federal funding might seem like a lot of money, but CBP officials have been on the record stating they are spread thin in monitoring the Southern California coastline and other waterways.

In addition to paying for infrastructure to pay for law enforcement and the monitoring of illegal activities, the Coast Guard also seeks to spend some of its $10 billion budget to detect potential nuclear threats aboard small vessels.

“The Maritime Solutions Management Project addresses ways to reduce the risk of an adversary using the sea, ocean, or other navigable waterways pathway to conduct a [nuclear] attack against the United States,” Coast Guard officials stated in their budget request.

“The SVSD program’s functional mission is to protect major population centers and critical infrastructure from the direct-to-target threat, defined as [nuclear] weapons transported by way of small vessels to a ‘high-impact target,’” Coast Guard officials explained.

Within the SCSD program is the Boat-to-Boat Scanning Project, which would allow authorities to detect nuclear threats during checkpoints routine patrols without boarding a vessel. Basically, Coast Guard or CBP authorities can use a portable scanner to detect whether nuclear or radioactive materials are aboard.

Whether the Boat-to-Boat Scanning Project will be expanded to remotely observe other activities aboard a small vessel remains to be seen.

Smuggling, trafficking and nuclear threats aside, federal authorities continue to court the boating public’s assistance to monitor illegal activities within harbors and on the water.

Last month, the Newport Beach Chamber of Commerce hosted a breakfast panel with members from CBP, Coast Guard and Homeland Security to elaborate on how Newport Harbor, specifically, functions as an official border.

“I thought there might be some interest in knowing more about how the Department of Homeland Security acts through the Border Patrol, Customs and the Coast Guard to protect our border, which starts at our beaches and harbor, a place that most people don’t associate in their mind as being the U.S. border but in fact, is,” said Steve Rosansky, president of the Newport Beach Chamber of Commerce.

During the panel presentation, Mark Dunbar of Homeland Security said smuggling or trafficking of drugs and/or humans occur just about anywhere along the California coast, which makes it difficult to focus on one particular harbor or marina.

“The California international coastal border extends up to the Oregon state line. Transnational criminal organizations are known to have utilized various areas along the coast from San Diego to San Francisco to conduct their illicit activities,” Dunbar said. “Entries are not occurring more often at sea than on land, but are detected more often than before because of technology, resources and coordination efforts through the ReCoM (Regional Coordinating Mechanism).”

Dunbar added ReCoM is a coordinated effort by Border Patrol, CBP, Homeland Security and Immigration and Customs Enforcement to keep aquatic and land borders secure. The federal agencies share intelligence, plans and strategies with their state and local counterparts to monitor and target the threat of transnational crime along Southern California’s coastal border.

The Log will continue to report on a harbor’s duality as boating destination and international border.