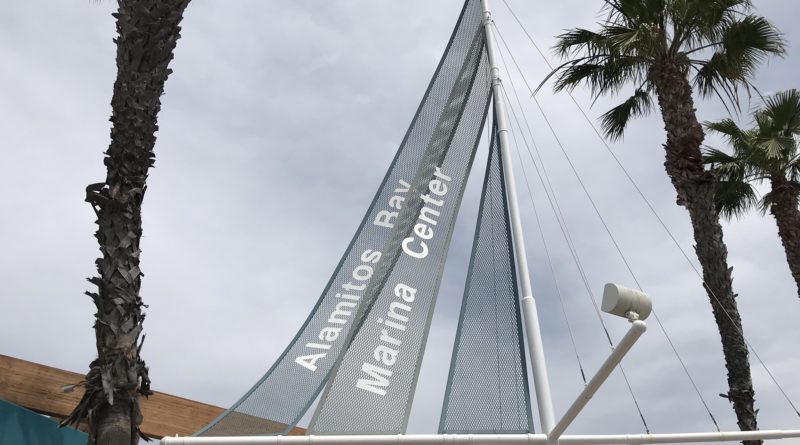 LONG BEACH — A nonprofit yacht club offering its members the opportunity to improve their sailing skills will be able to maintain its storage shed at Alamitos Bay Marina, thanks to a new permit granted by the city of Long Beach.

Little Ships Fleet Yacht Club will pay Long Beach $459 annually for the next five years to continue using a storage shed, which is located at 223 N. Marina Drive at Alamitos Bay Marina. The permit, which did not include any renewal options, allows Little Ships Fleet YC to use the shed for storage of boating equipment and supplies for club events.

The nonprofit yacht club has used the shed since 2002 and uses it for storage since it does not have a full-service onshore venue.

“Little Ships has rented the storage shed located at 223 N. Marina Drive, and since [2002], has made numerous repairs to the shed to ensure its integrity,” city staff stated in a report to city council members. “Because the storage shed is located in Alamitos Bay Marina (ABM), and the equipment stored in the shed is used to host and conduct events in ABM, losing access to the storage shed would create a significant hardship for Little Ships.

“In addition, Little Ships’ presence in ABM is a benefit to the city of Long Beach … and the marina enterprise, as the events hosted by [the nonprofit yacht club] showcase and promote the city’s marina operation,” city staff continued.

The yacht club was founded as a nonprofit organization in 1937 and is a member of the Southern California Yachting Association. Its purpose, according to city staff, is to provide “a low-cost alternative yacht club experience.”

“Little Ships’ primary focus is to ensure that members have the opportunity to improve their sailing skills and knowledge, while experiencing the fun and joy of yachting,” city staff told council members in a report. “Their initial membership application fee is $100, with an annual membership fee of $125. To provide a low-cost yacht club experience, Little Ships does not maintain a full-service onshore facility for its members, choosing instead to conduct membership meetings and social events at various yacht clubs throughout the Long Beach area.”

The yacht club, originally known as Little Ships Fleet of Long Beach, acquired leasehold on a clubhouse and shed next to a gas dock at Alamitos Bay Marina in 1991. An economic downturn forced the club to revert its clubhouse back to the city, but Little Ships Fleet YC maintained use of the shed ever since.

The permit, which was approved by the Long Beach City Council on March 13 as part of its consent calendar, took effect April 1 and would continue through March 21, 2023.

More information about the nonprofit yacht club is available on its website, lsfyc.org.