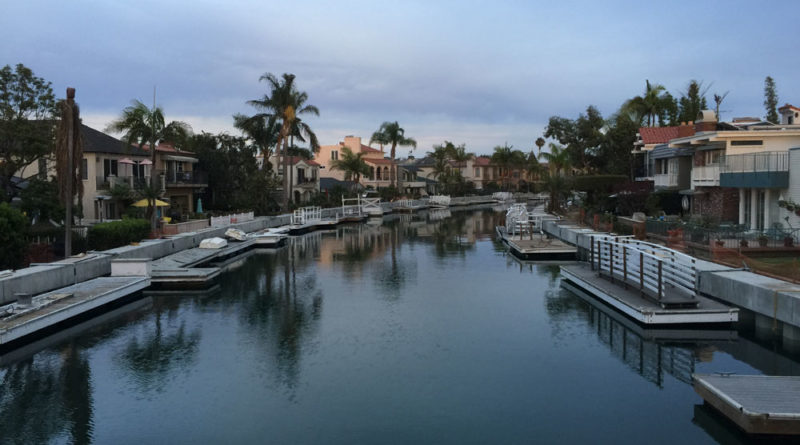 LONG BEACH — A proposal to institute a public seawall mooring lease for boaters and residents who own private docks, floats and piers in Naples Island was unanimously approved by the Long Beach City Council on June 16. Dock owners within a segment of Naples Island would pay the city $215 per year, on average, under the new lease program.

Dock, float or pier owners along a portion of public seawall in Rivo Alto Canal between Raveena Bridge and the eastern portion of The Toledo Bridge will be paying the city of Long Beach a new fee.

“It will be replacing the fee we currently have,” Assistant City Manager Tom Modica said of the new program. “It really is designed to only affect the areas of the seawalls where the city is investing in and creating a new seawall.”

City staff said the new lease rate, which covers the entire water space occupied by a berthed vessel, dock, float or pier, would result in a lower annual rent payment for most users.  Private dock, float and pier owners would enter into a five-year lease agreement with Long Beach’s Marine Bureau and could renew the lease for another five years.

“The proposed annual rent is $0.50 per square foot of water space occupied by docks, floats, gangways, or piers, including berthing space surrounding the structures,” city staff said, adding the new lease program would generate at least as much revenue as the fee users were paying at the time of the council’s decision. “This program is designed so that the average user will pay approximately what they are currently paying … [and] will generate revenue that can recover costs associated with operations, repair, and maintenance of public seawalls, tidelands areas, and associated public rights of way.”

Only properties located in the section of Naples Island where public seawalls are being installed will be impacted by this new lease program.

Private dock, float and pier owners currently pay a Seawall Mooring Fee, which generated about $8,300 from residents who will be subject to the new lease program during the 2013-14 fiscal year. City staff anticipates the new lease program will generate $11,000 annually for the Tidelands Operations Fund.

Revenue from the lease program will replace the seawall mooring fee of $10.10 per lineal foot and pay for maintenance of the canal’s infrastructure and public rights of way.

A similar lease program could apply to other properties along the Naples Island seawall down the line, though extending this fee to other dock or pier owners would have to be approved by City Council.

Council members were required to adopt this lease program for private dock and pier owners between Raveena and The Toledo bridges by the California Coastal Commission as a condition to move forward with Phase One of the seawall replacement project.

Long Beach is replacing 1,915 linear feet of seawall in Rivo Alto Canal between Raveena Bridge and The Toledo Bridge at Naples Island. The seawall repair project will be conducted in six phases. Phase One of the project is currently underway; the approved lease program only applies to those who will own a dock, float or pier within this phase.

The Naples Island seawalls were built between 1905 and the 1920s, with extensive repairs completed in 1938, almost 75 years ago. Hundreds of residences and boat slips line Rivo Alto Canal, which is about 70 feet wide and has a water depth of seven to 14 feet depending upon the tide.

“These seawalls are incredibly unique. We have nothing like them,” Council member Suzie Price said.

Council members also unanimously approved a five-year capitalization plan and prioritization of projects for the Tidelands Capital Budget. More than $95 million from the Tidelands Operating Funds is available for priority projects such as new parking at Leeway Sailing Center, a breakwater study and Colorado Lagoon restoration.