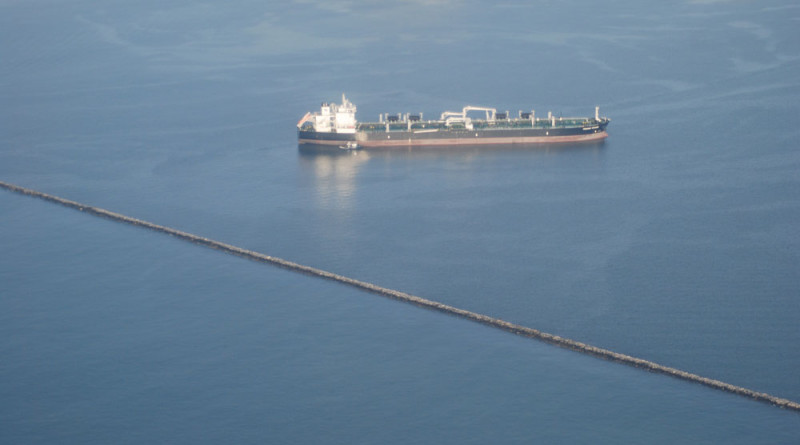 LONG BEACH — The future of the Long Beach Breakwater is back in the news cycle again as local, state and federal leaders held a joint signing ceremony last month to announce a cost-sharing partnership for the East San Pedro Bay Ecosystem Restoration Study.

Both the city of Long Beach and U.S. Army Corps of Engineers aim to use the study’s results to restore the local ecosystem, provide additional recreational opportunities and make other offshore improvements.

Details of what recreational opportunities would be increased have not yet been revealed. Questions also remain whether removing or adjusting Long Beach Breakwater, which is the eastern-most of three breakwaters off the Long Beach-San Pedro coast, would impact recreational boating or fishing.

Reconfiguring or removing Long Beach Breakwater could result in cleaner water in the San Pedro Bay.

“The study’s purpose is to evaluate opportunities for ecosystem restoration, increased recreational opportunities, and other improvement in the San Pedro Bay off the Long Beach shore,” an Army Corps environmental assessment published in March 2014 stated. “The study has not commenced yet and is expected to take three years to complete.”

A recently enacted federal rule known as “3x3x3” would require the feasibility study to be completed within three years and have a maximum federal budget of $3 million. The project must also be reviewed concurrently by the three levels (district, division and headquarters) of the Army Corps.

“We have a unique opportunity, and a challenging task to investigate together how we can best restore a Southern California coastal marine environment located in a heavily urbanized location, near one of the world’s largest port complexes, at the mouth of one of the nation’s most altered rivers, the Los Angeles River,” said U.S. Army Corps of Engineers Deputy Commanding General for Civil and Emergency Operations Maj. Gen. Ed Jackson.

City and federal officials stated the ecosystem restoration would not negatively impact coastal homes or infrastructure.

Long Beach Mayor Robert Garcia said a restored ecosystem off his city’s coast would have a positive impact on many levels.

“This is a momentous occasion for Long Beach because restoring our local ecosystem will have global implications. Improving the coastal experience and ecosystem in our city is a win for residents [and] visitors, and will be a boost for the Long Beach economy,” he said.

The feasibility study will look at the coastal area between the Long Beach shoreline and the offshore Middle and Long Beach breakwaters.

“Intervention is needed to correct deficiencies and restore the environment within the study area. Otherwise, the degradation of the East San Pedro Bay ecosystem will continue with the existing development, increase to the population and demand for recreational activities in the study area,” an Army Corps fact sheet about the restoration project stated. “The city of Long Beach has requested to provide $1.5 million in accelerated funds and $750,000 in contributed funds to complete much of the study.”

Reconfiguring the breakwater just off the Long Beach coast has been a topic of discussion since at least 2005, when council members decided to conduct a reconnaissance study of the offshore structure.

The city of Long Beach appropriated $100,000 in 2007 to determine whether congressional leaders and the Army Corps had any interest to, according to City Manager Patrick H. West, “look at our breakwater as a significant project.”

Council members voted on June 22, 2010 to allow the city to pursue an estimated $4 million cost-sharing agreement with the Army Corps to study ecosystem restoration of the East San Pedro Bay.

Less than six months later then-Mayor Bob Foster and Army Corps representatives hosted a signing ceremony at Bluff Park to commemorate a joint agreement between the two agencies to fund a breakwater feasibility study similar to the one announced last month.

City officials announced in 2010 the feasibility study would cost about $8 million, with Long Beach and the Army Corps splitting the cost evenly.

The breakwater feasibility study was broached again by the city’s Transportation and Infrastructure Committee in June 2011 and discussed in some form at City Council meetings between 2012 and 2015.