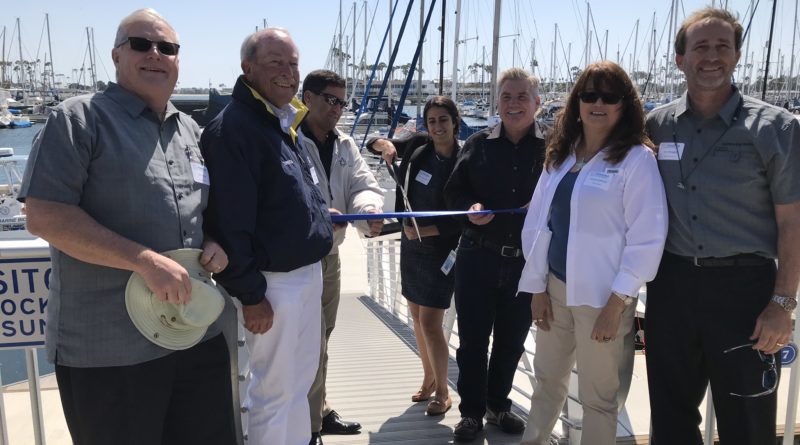 LONG BEACH — Alamitos Bay Marina’s multi-basin rebuild and overhaul as conceived later and completed earlier than a similar – and smaller – boating venue redevelopment in Dana Point. Long Beach city officials and their private sector partners, nonetheless, celebrated what they identified as an arduous journey by christening the updated Alamitos Bay Marina with a ribbon-cutting ceremony, April 27.

Bellingham Marine – the lead private firm on the rebuild project – replaced 1,967 slips with 1,646 new one. 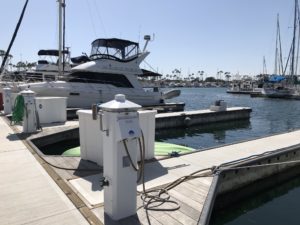 Slip mix, environmental issues and permitting process were among the hurdles all parties had to overcome, according to Marine Bureau chief Elvira Hallinan.

“This has been an epic project,” Long Beach City Manager Pat West said. “This was a huge, huge undertaking.”

“The marinas, if you don’t know, are a big economic asset to the city. They employ [more than] 100 individuals and we generate about $22 million in slip revenue annually,” Moussavi said, adding another $52 million in direct and indirect revenues from Long Beach’s boating venues are infused into the local economy every year.

“We are particularly honored to have built Alamitos Bay Marina, the largest single coastal marina in the United States,” Noegel said, adding his company oversaw the replacement of 1,967 slips with 1,646 single-berth slips. “The new Alamitos Bay Marina boasts a state-of-the-art facility that reflects the project team’s desire to do it right the first time.”

Noegel stated the slip mix and layout was established to account for future demand, while the concrete floats were built with longevity and stability in mind.

Alamitos Bay Marina was built in the 1950s and is home to a fuel dock, shipyard, restaurants and yacht clubs. Boats ranging from 25 to 115 feet can dock at the marina.

CenterCal Properties, the El Segundo-based developer behind The Waterfront project at Redondo Beach’s King Harbor, is currently building a new visitor-serving commercial center directly across from Alamitos Bay Marina. The center is slated to open in summer 2019.