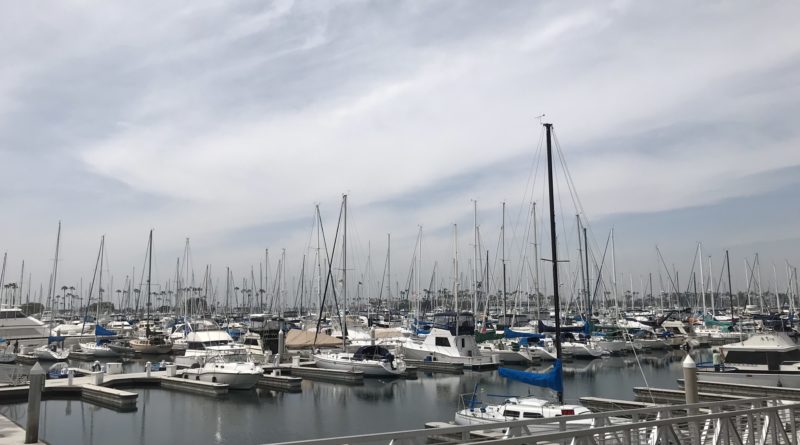 LONG BEACH—What would we ever do without the internet? It was a little more than one generation ago most of us lived without smart phones, social media, email and all things associated with the web. Yet WiFi services have become a necessity – and the Long Beach City Council, on June 11, approved an extension of WiFi services for Alamitos Bay, Rainbow and Shoreline marinas.

The extension allows the city to maintain existing WiFi services for Long Beach’s marinas through Dec. 31, 2020. Ecco Wireless provides those WiFi services to Long Beach’s boaters and marina visitors – and has done so for the past five years.

“Although Wi-Fi is not the primary economic driver of revenue in the marinas, the Parks, Recreation and Marine Department considers it to be an essential value-added service for boat owners, guests and the like,” city staff stated in a report to council members.

Ecco Wireless and the city of Long Beach entered into an agreement to build out, install and provide WiFi infrastructure and services in 2012. Installation of the infrastructure and networks was complete in 2015. Since then, Ecco Wireless has, according to city staff, “averaged [more than] 500 active accounts per year and has expanded its network capability to accommodate fixed internet to boat owners, allowing them to stream content without the need to install peripheral receivers such as dishes.”

Continuing with Ecco Wireless’s services means the city of Long Beach will maintain its $75 per month payments, which covers the rental for WiFi infrastructure and networks. Funding for the monthly rental payments come from the city’s Parks, Recreation and Marine Department’s Tidelands Area Fund Group.

The 2019 Transpac Yacht Race launches on July 10, 12 and 13. Organizers anticipate 96 entries. There is as much as 181 linear feet of dock space available at Pine Avenue Pier. City staff anticipates the discounted rate would yield $2,235 in revenue, which is about half of what Long Beach would otherwise earn from the Pine Avenue Pier dock.

“Participating vessels are moored in Rainbow Harbor prior to their respective start dates to prepare for the journey. Aloha sendoff events are held at local restaurants and yacht clubs the weekend of July 5, 2019,” city staff wrote in a report to council members, ahead of the June 11 meeting. “Some vessels arrive at the Diamond Head finish line as soon as July 22, 2019, where they are met with various celebratory events.”

Approving the discounted permit fee is part of Long Beach’s promotion of being the “Aquatics Capital of America” and “as a destination for visitors seeking to participate in a wide range of aquatic activities.”

Docking fees for visiting vessels competing in Long Beach Race Week were also waived by the City Council on June 11.

Alamitos Bay and Long Beach yacht clubs requested the dock fee waiver for visiting boats, which would apply throughout the regatta. The fee waiver would be limited to $15,000.

“This sailing event attracts state and regional media attention for the City and spotlights the sport of sailboat racing and our marinas,” city staff stated. “The event benefits outweigh the revenue loss resulting from the waived dock fees, and is consistent with the Parks, Recreation and Marine Department’s partnering policy to support organizations that provide a service to the community and its residents by promoting the Long Beach marinas.”

“During this week, various races will take place, including the Catalina 37 National Championship, the Schock 35 Pacific Coast Championship, and various J-Class races, which are part of the Southern California High Point Series,” city staff stated in its report to council members. “This event is expected to attract up to 120 teams with nearly 1,500 boating enthusiasts, including sailors, support teams, families, and friends. Regional participants, including sailing teams from the states of Washington, Arizona and California, will compete for the top prizes.”