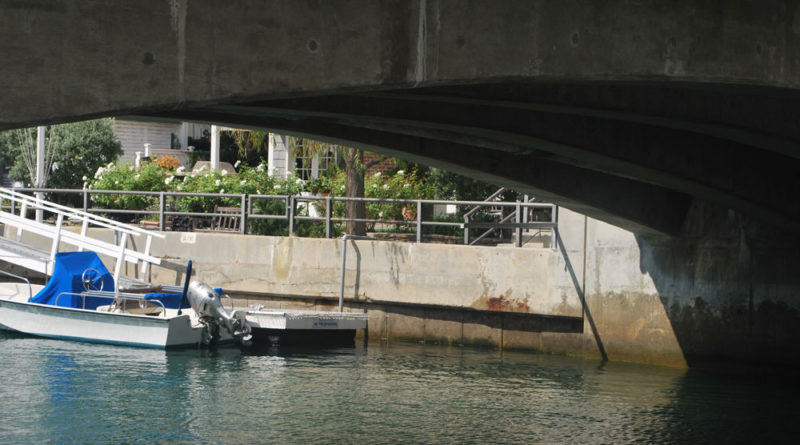 LONG BEACH — Boaters and residents who own docks, floats or piers attached to public seawalls in Naples Island could be paying for water space occupied by the boat structures if the City Council approves a new rental fee proposed by the city.

The Long Beach Marine Advisory Committee received a report May 14 outlining the city’s proposal to institute a public seawall mooring lease program. Anyone who owns a dock, float or pier along a portion of public seawall in Rivo Alto Canal between Raveena Bridge and the eastern portion of The Toledo Bridge could pay an annual rent of 50 cents per square foot of water space. The rent would apply to all water space occupied by a berthed vessel, dock, float or pier.

According to city staff, the new lease rate would result in a lower annual rent payment for most users. If approved, dock, float and pier owners would enter into a five-year lease agreement with Long Beach’s Marine Bureau; owners can renew the lease for another five years.

City staff said revenue from the lease program would replace the seawall mooring fee of $10.10 per lineal foot and pay for maintenance of the canal’s infrastructure and public rights of way. A $50 annual harbor structure inspection fee would continue to be assessed, according to city staff.

“The proposed annual rent is 50 cents per square foot of water space occupied by docks, gangways, or piers, including berthing space surrounding the structures. Berthing space is defined as waters around the edge of the structure where a vessel could be tied,” city staff stated in its report to Marine Advisory Committee members.

Long Beach officials looked to a recent decision by Newport Beach’s civic leaders to charge residents 50 cents per square foot per year for private pier use within the city’s tidelands.

The lease report also relied upon a market assessment to validate its 50 cent rate proposal.

“An appraisal conducted in 2014 using a State Lands Commission methodology concluded that 26 cents was the fair market rent in Long Beach for the rent alone,” city staff stated. “That rent, however, did not incorporate the costs of the services and maintenance provided to the area, which are substantial.”

Only properties directly impacted by the installation of new public seawalls would be assessed the lease rate and would help the city pay for the operation, repair and maintenance of public seawalls and tideland areas.

“The new lease program should generate at least the same level of revenue as the current fees,” city staff stated.

For example, someone with a dock or pier measuring 237.5 square feet with 77.5 square feet of berthing area and a 21-lineal-foot would pay $207.50 per year under the proposed lease program, compared to $262.10 annually under the current seawall mooring fee.

The public seawall mooring lease program must be approved by the City Council before it is in effect.

Almost 2,000 linear feet of seawall is currently being replaced in Rivo Alto Canal between Raveena Bridge and The Toledo Bridge. Work is expected to be complete at some point this summer. In all, the city’s seawall repair project will be conducted in six phases; the current repair project is part of the first phase.

The Naples Island seawalls were built between 1905 and the 1920s, with extensive repairs completed in 1938, almost 75 years ago. It is currently home to hundreds of residences and boat slips. According to the Coastal Commission, the Rivo Alto Canal is about 70 feet wide, with a water depth of seven to 14 feet depending upon the tide.