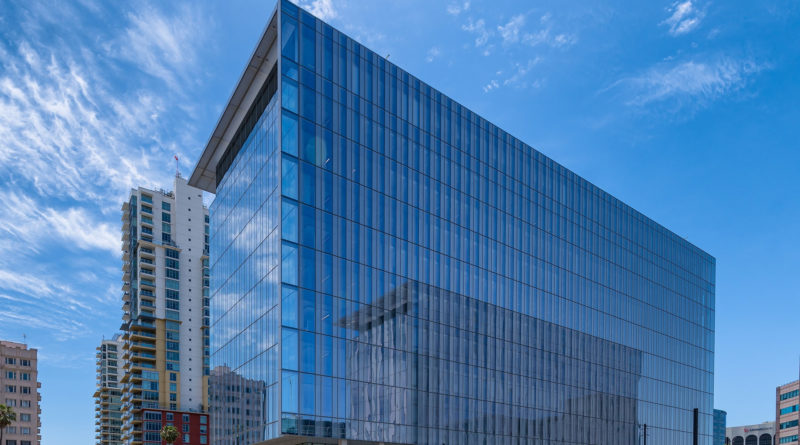 Harbor Department staff had been working at a building near Long Beach Airport since February 2014. The department had to move out of its office space at that time, port district staff stated, because the Administrative Building, which opened in 1960, was deemed as seismically unsafe.

The port district contributed $235.2 million to the new building, which was part of a broader Civic Center redevelopment project.

Long Beach’s Harbor Department will now be at 415 West Ocean Blvd.; the building is located at Ocean Blvd. and Magnolia Ave.

Relocation to the new headquarters began on July 12 and was expected to be completed by July 29.