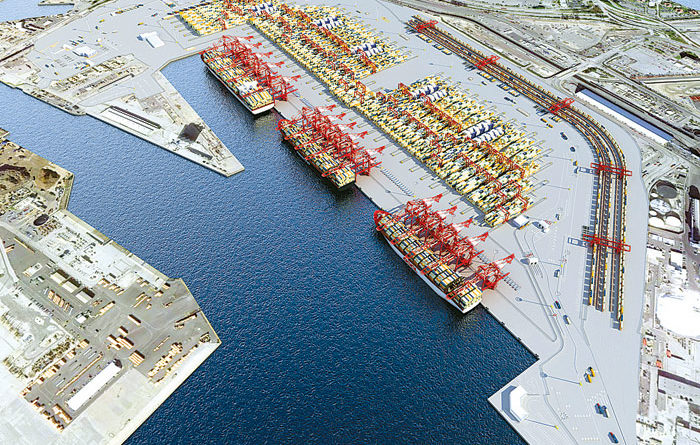 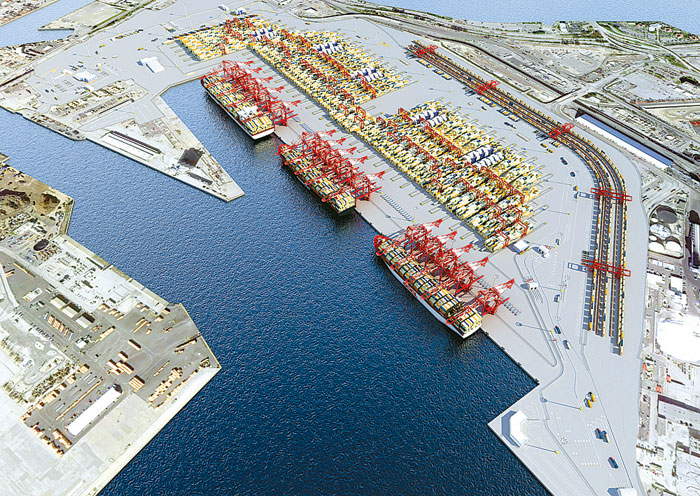 LONG BEACH — The Port of Long Beach’s $1.2 billion Middle Harbor Project is in the midst of reshaping a large portion of the harbor, creating more than 50 acres of new land area in the process. Once completed, the new land created from fill will be used to combine two shipping terminals into one updated, expanded “state-of-the-art” container terminal.

While the project’s goal is to modernize a large portion of the shipping terminal’s infrastructure while reducing air pollution, the project also gave multiple harbors in the area a place to put unwanted sediment from maintenance dredging operations.

To expand the terminal into a larger and more efficient one, the port has planned to create more than 50 acres of new land area, requiring a large portion of the water area of Slip 1 to be filled, along with the water area separating the Pier E Terminal and the Pier F Terminal.

“Overall, for the project, filling in the channel is part of modernizing the terminal,” said Port of Long Beach spokesman Lee Peterson. “A modern terminal needs a larger back land area for containers. The older, smaller channels can’t accommodate the larger ships of today.”

In total, the port needs more than 2.5 million cubic yards of sediment to fill the spaces.

In October, the Port of Long Beach completed a $40 million dredging project in the harbor’s main channel and turning basin, providing a minimum depth of 76 feet from 2 miles outside the harbor entrance at Queens Gate to the Middle Harbor and East Basin.

The deeper channel and basin provides additional, safer access to Long Beach Harbor for the world’s largest container ships, and it also gave the Middle Harbor future terminal site 1.5 million cubic yards of sediment to use as fill.

In addition to the port’s own dredged sediment, fill material came in from harbors around Southern California, adding approximately 900,000 cubic yards of sediment for new land.

The incorporation of a Contained Aquatic Disposal site in the plan allowed for Long Beach Harbor’s and outside harbors’ contaminated sediment to be safely disposed of at the fill site, giving Southern California harbors a rare chance to remove large swaths of polluted sediment that is not safe for ocean disposal — at a much cheaper rate than trucking it to approved inland landfills.

“The project provided a disposal site for contaminated dredge sediments within the local region and provided the port with fill material needed to construct the landfill,” Peterson said.

So far, while the filling in at Slip 1 has been completed, the remaining 40 acres between Pier E and F terminals won’t be completed until 2015. The old buildings and structures on the site have been removed, and the port is currently working on redeveloping the container yard, Railyard Phase 1, the north truck gate and the north operations building.

Use of the new terminal will be phased in as work is completed. In a few years, the north side of Middle Harbor will be ready for use, with Long Beach Container Terminal (LBCT) — the current tenant — planning to shift to the north end of the project, allowing the port to redevelop the south end where LBCT operates now.

Completion of the project is expected in 2019.