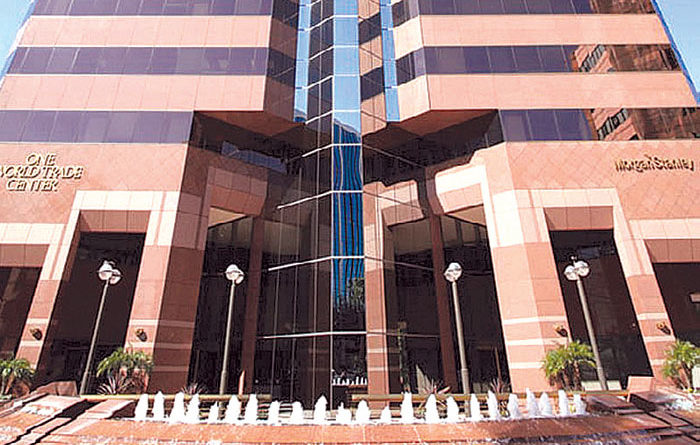 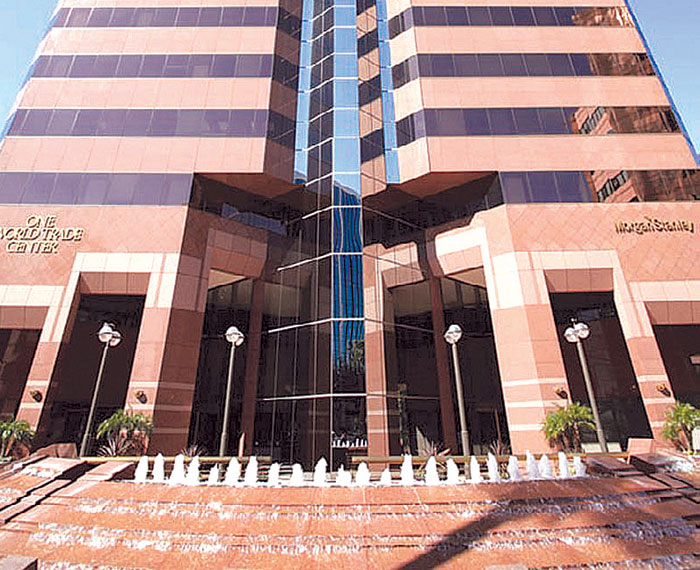 LONG BEACH — While Long Beach Harbor Commissioners stressed the move is only temporary, the Port of Long Beach’s 350 administrative staff will finally move out of their 53-year-old headquarters at 925 Harbor Plaza to 4801 Airport Plaza Drive, just east of the Long Beach Airport.

The temporary move comes following a near 10-year search for a permanent home, which had not come to fruition. The port’s current headquarters have become cramped and out of date, needing costly seismic retrofitting and asbestos removal to meet current building standards.

“I am relieved that we have identified a secure, temporary home,” said Harbor Commission president Susan E. Anderson Wise. “Regardless of what address we have, this port will continue to be a leader in the shipping industry.”

The port purchased the Airport Plaza building for $14.25 million, with another $9 million in renovations is expected to take place before the move. The building was previously occupied by Boeing Corp. as the former C-17 headquarters.  The closing date for escrow is Dec. 27, with the administrative staff expected to move in six months later.

At its Nov. 12 meeting, the commissioners began organizing committees to facilitate the move-in process, and also discussed the port’s next moves regarding a permanent facility.

Originally, the port had planned to construct a new headquarters building adjacent to its current location, but in 2010, Mayor Bob Foster vetoed the plan, based on the project’s steep $220 million price tag.

In 2011, a plan was devised to purchase the 27-story 1 World Trade Center building in downtown Long Beach for  $130 million, but a deadlocked 2-2 vote among Harbor Commissioners  (Wise had to recuse herself, as her husband had leased office space in the building) effectively ended the deal.

Moving forward, the commissioners stressed the importance of remaining clear and open in their future plans for port headquarters.

“It’s important to have a process that is very transparent and deliberate, and I hope it can be inclusive and expansive,” Wise said. “The process should really begin with an open session, where any idea about what the port should do comes forward, then everything is being considered and there is no assumptions going forward.”

One concern already raised with the port’s new temporary location is the possible permanent removal of the port’s headquarters from the port district and downtown area — a move Commissioner Rich Dines said at the Nov. 5 meeting is not in the plans.

After hearing of the commission’s plans for the temporary move, Mayor Bob Foster released a statement Nov. 2, stating, “The decision to consider moving the port staff to a temporary building has been a tough one for the Harbor Commission, but it will help them focus on the search for permanent headquarters in Downtown Long Beach. If they vote to approve the purchase, the Harbor Commission is making the right and most fiscally responsible decision for their current situation and in the long term as it should.

“While we are disappointed that the Port of Long Beach will temporarily relocate out of downtown, we strongly support the Harbor Commission’s intention to build a new world-class port headquarters in downtown,” the statement read.

“It’s important that any vote to temporarily relocate the port headquarters also includes a vote to move forward on building a new facility in downtown Long Beach. It is essential that our new port headquarters be located in close proximity to the port, and other related maritime businesses and organizations currently found in downtown.”