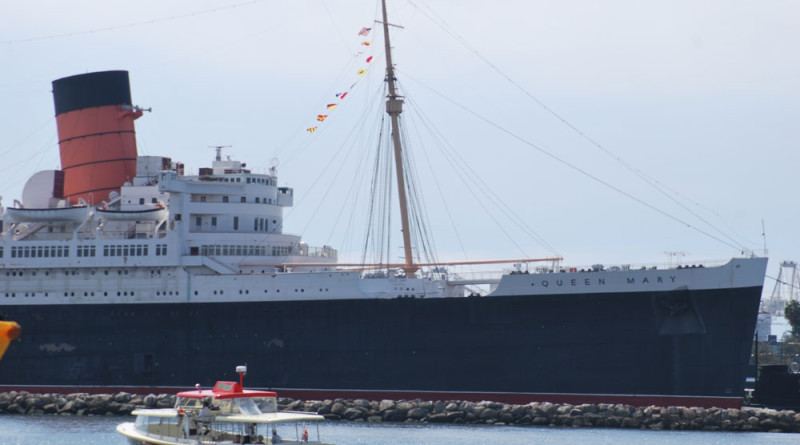 LONG BEACH — The establishment of a Queen Mary Task Force could help Long Beach become a more attractive destination for tourists and regional visitors. However, will the revitalization project impact recreational boaters? The question goes unanswered as Long Beach City Council pushes ahead with plans to revamp the city’s “urban core.”

A proposal by Long Beach Mayor Robert Garcia and Vice Mayor Suja Lowenthal to create a 12-member Queen Mary Task Force was unanimously approved by the City Council last month. The task force would consult directly with a private firm who owns the land adjacent to Queen Mary of how best to develop about 40 acres of open space into tourist friendly and visitor serving uses.

Garcia said the city has a unique opportunity to revitalize a portion of Long Beach’s waterfront. The task force would help the city’s efforts to make Queen Mary a major attraction.

“The ship is undergoing a massive renovation. We have an opportunity. It’s now time to move forward to really develop and think about what we build around the Queen Mary,” Garcia said. “The city needs to have a robust community outreach process, part of which will be this 12-member panel.”

“It’s a critical piece in our efforts to attract even more tourist investments and businesses to Long Beach,” Lowenthal said, adding the panel will help the developer create a destination at Queen Mary.

Both Garcia and Lowenthal said boater interests will certainly be included in any development plans, as two recreational boating marinas are located in downtown Long Beach and the Queen Mary area.

“The live aboard community will definitely be a part of the conversation. Anyone interested in joining the task force should let me and or the mayor know,” Lowenthal said. “Improving accessibility to our marine front and coastline is beneficial to all of us in Long Beach.”

Boaters should definitely be included in the public process to revitalize Long Beach’s downtown and waterfront experience, the vice mayor said.

“In the last 10 years we have worked tirelessly to improve the downtown, marinas, and the Queen Mary,” Lowenthal said. “A tasteful, visitor and resident serving, and accessible development around the Queen will be beneficial to all of us including the members of the Marina community.”

Another significant group to be included in the panel would be downtown area residents, Garcia added. The task force could also include any number of experts in architectural design, hospitality and tourism, among others.

“It’s time to put together a community group to really advice development services and our city management team as we begin this process,” Garcia said.

“In order to develop the optimal approach to reimagining the land around the Queen Mary and its place in our city’s economic and cultural life, the involvement of the community is vital,” city staff said. “An advisory task force, with 12 members appointed by the mayor, will provide critical feedback and perspective to the mayor, City Council, city staff and the ship’s operators, and help develop appropriate recommendations for moving forward with this important development process.”

Garrison Investments operates Queen Mary; the private firm would have to cooperate with city officials to develop the 40-plus acres of open space adjacent to the retired liner.

Queen Mary, which is owned by the city, has been docked in Long Beach since 1967.