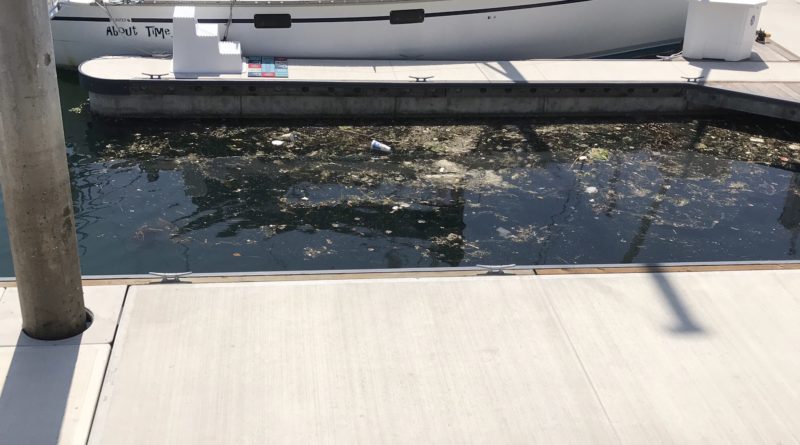 LONG BEACH—South Coast Shipyard and the city of Long Beach will enter into a services contract to repair “Trash Debris Skimmer Boat 3918,” the City Council voted on July 2. The contract award is for $113,848, with a 25 percent contingency (making the total budget $142,610).

City staff stated the trash debris skimming vessel was outdated and in need of repair.

“Work includes maintenance and repairs necessary to keep the vessel operational through the coming storm season. Repairs are focused on the hull and its structural components, which have been worn by the elements,” city staff stated in a report to council members.

The city put out a bid for the contract job in August 2018 and received 464 potential bidders, each reportedly specializing in marine vessel repair services. Only one bid was received, however – that of South Coast Shipyard.

In 2011 the city of Long Beach reportedly collected as much as 193 tons of trash from the water each month. The Los Angeles River brings large amounts of trash from several points due north – as far up as the San Fernando Valley – and dumps it all in Queensway Bay, where Queen Mary and the Catalina Express terminal are based, according to a 2011 article in The Grunion.

Trash skimmers, according to the Port of Long Beach’s review of the device, were identified as “a potential litter control technology … [capable of collecting] trains and debris from harbor waters.”

City staff’s report to council members did not include any background on the trash skimmer boat. There was no information on how long the boat has been in operation or how much trash it collects from water. The Log, however, is reaching out to the city to find out more about the trash skimming operation and could have more information available for readers at a later date.

Some marinas and harbors installed submerged trash skimming bins at their respective venues, but Long Beach uses a boat to collect debris from the water.

South Coast Shipyard is based in Newport Beach Harbor and identifies itself as a “go to” for wooden boats. The shipyard services boats up to 75 in length and 70 tons in weight.

Newport Beach, interestingly enough, has been considering a “water wheel” to navigate the city’s waters to collect trash and debris. The solar-powered water wheel uses the water current for navigation and a boom to wrangle trash onto the vessel. A water wheel vessel was deployed at Baltimore Harbor and reportedly collected 50,000 pounds of trash from the water, daily.