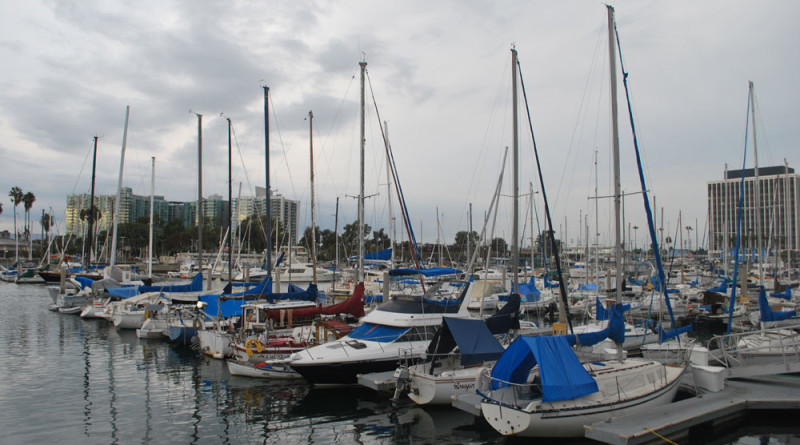 Gary Jones, director of the county’s Department of Beaches and Harbors, said his staff has developed several objectives to make Marina del Rey a world-class destination. The department, specifically, hopes to establish the county’s largest harbor as a clean, safe and vibrant marina with an easily accessible waterfront and robust ecosystem. Jones added his department aimed to make Marina del Rey a premier tourism and boating destination.

Marina del Rey has faced some challenges in recent years, according to Jones, such as high vacancy rates of slips for smaller vessels, limited water access, closed-off or narrow promenades, and a need for funding.

The county has also been instructed by the state to regulate copper levels in Marina del Rey’s waters.

“We’re also faced with a challenge of decreasing the amount of copper in the marina waters. We have a mandate from the State Water Resources Board to reduce by 85 percent by 2024 the copper load in Marina del Rey waters. We are exploring a number of different solutions and working very closely with the state on the mechanisms to help the county bring about those changes, including boat lifts,” Jones said.

Despite these challenges Jones said the county has made some improvements to Marina del Rey’s infrastructure, such as upgrades to transient docks and pumpout facilities, additional waterbus stops, and new guest docks.

Many stakeholders urged the commission to continue promoting recreational boating activities in Marina del Rey through rowing and a community boathouse.

Representatives from L.A. Rowing Club, for example, said their use of dry boat storage at Dock 77 and access to the water has helped its members pursue a college education.

David Baker, who operates his personal injury law firm in the same building as Pacific Mariners Yacht Club located on Panay Way, said he has campaigned to increase the presence of guest docks in Marina del Rey ever since he observed the docks slowly diminishing over the course of 30 years.

“I’m happy to report we made some great progress,” Baker said, adding he is working with the county to add a new guest dock at F Basin. “I think this is going to be a great benefit for Marina del Rey.”

A representative from the developers of Pier 44 assured commissioners the planned Fisherman’s Village would foster boating access to the area’s visitor-serving uses.

One boater said Marina del Rey should give boaters a reason to come to or stay at the harbor by hosting public waterfront concerts similar to those at the Port of San Diego.

The owner of FantaSea Yachts said his company has made every effort to promote all forms of boating in Marina del Rey.

“FantaSea has been an active member of the recreational boating community since day one. We have had more than 1 million passengers aboard our yachts. Between Hornblower, the fishing boat fleet and ourselves we put more people in boats on the water to enjoy Marina del Rey than any other user,” said FantaSea Yachts owner Daniel Ginsburg.

Some speakers hoped commissioners and the county would take greater measures to promote boater safety.

“The proposed new marina will adversely impact the entire boating and recreational user community and result in significant safety and traffic flow impacts similar to the ill-fate boat launch ramp site that was rejected last year by boaters and this commission,” Shanklin said.

She added the proposed anchorage would result in large yachts turning directly into boating traffic lanes in the main channel.

Jon Nahhas of the Boating Coalition hoped the county would continue to hold night meetings to allow as many boaters as possible from all over the region to provide input on the county’s recreational boating strategy.

“This is public land for the 10 million residents of Los Angeles County,” Nahhas said. “This is all about getting people on the water. We need to have more of these meetings.”

Commissioners will review public comments during the next few weeks and revisit the recreational boating strategy at its next scheduled meeting in April.