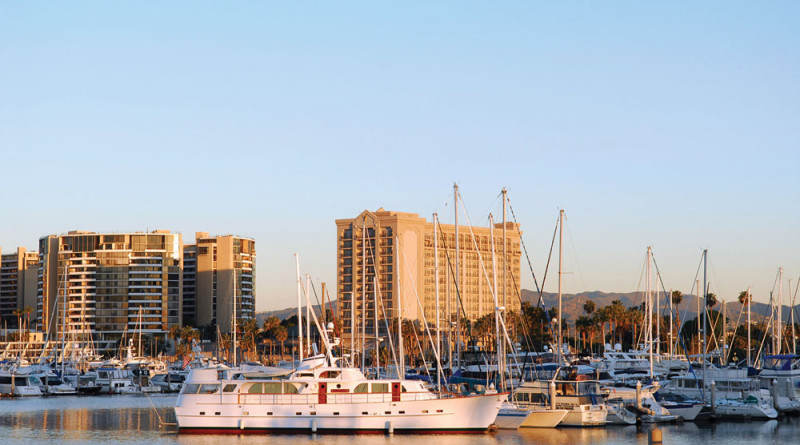 “The Environmental Protection Agency allows for the target to change if we provide scientifically defensible information about impacts,” said Charlotte Miyamoto, a chief planner with Los Angeles County’s Department of Beaches and Harbors (DBH). “We’re hoping for a much lower number [than 85 percent]. Until we do the tests we won’t know. We have to do a study before we get to that new number.”

Los Angeles County must meet an 85 percent reduction in Marina del Rey by 2024, a target set by the Regional Water Board in September 2014; the TMDL target is still pending EPA approval.

“It’s not going as well as we would hope. The Sheriff has already had to pull one of their boats out of the water and repaint it, and it was only painted one year ago,” Tripp said. “It’s not the type of effectiveness you would want for something you need to replace the paint on every boat in Marina del Rey.”

Miyamoto added owners of boats with non-copper paints must clean their vessels more often than a copper-based equivalent.

“We’re spending a lot of time doing hull paint analysis. We’re hoping to get everybody to understand, particularly the Regional Water Boards, about the available paints and their effectiveness,” Miyamoto said. “Really, it’s not there yet, in comparison with copper.”

She added copper’s legality makes any regulation limiting the substance rather difficult. Miyamoto anticipates the county’s studies to be completed by 2017.

“The science is out there. The research is out there and why Beaches and Harbors doesn’t have it doesn’t make sense. We effectively have the research and the science out there, we can do right by the environment,” Nahhas said, claiming the Navy regularly uses workable non-copper alternatives not yet available for consumer use.

“The DPR believes a certain amount of copper is beneficial to killing the growth or retarding the growth [of marine life on boat bottoms],” Lindt said, adding Windward Yacht Center mostly offers low leach rate paints. “We’re trying to adjust our inventories … so we have just [low leach rate] paints that we’re putting into customer’s paints. That doesn’t mean it’s low-copper. They might have a high copper content, but the way it discharges into the water is a lot different [compared] to the traditional paints.

Lindt told commissioners his company has a couple boats on the water using non-copper paints; one of those boats met with mixed results.

“For the first six months, [the non-copper paint] worked well. After six months, they degraded fairly hard. What happens then is the diver has to try harder to clean them because they are not retarding the growth so much,” Lindt said.

A second boat was coated with an antifouling paint from the Navy and participated in the recent Transpac race from Los Angeles to Honolulu. Lindt said he is preparing to haul the boat out of the water and test how well the antifouling paint performed.

“If I have good luck with that paint then I will offer it as part of our inventory, because it is non-copper,” Lindt said. “It does have a biocide in it, which helps to retard the growth, but it is a non-copper paint.”

A TMDL copper restriction is also a concern in Orange County.

The Recreational Boaters of California (RBOC) issued a “Call-to-Action” for Newport Beach boaters on Aug. 11.

“Boaters are encouraged to take action to protect the use of copper-based anti-fouling paints on the hulls of their boats in Newport Bay,” the Call-to-Action stated.

RBOC officials are urging Newport Beach boaters to petition the local and regional water boards and request a proposed TMDL plan for Newport Harbor be delayed until a site-specific study can be conducted, affordable and effective alternative antifouling paints become available and a model for accurately detecting copper toxicity in saltwater gains EPA approval.

“Based on statements made at the July 28 scoping meeting held by the regional board, there is a significant absence of accurate information regarding Newport Bay, boats in the bay, and copper paint alternatives,” the Call-to-Action stated. “The requested actions are essential to provide the information that will inform decisions that will protect the environment and preserve recreational boating.”

More information about the Call-to-Action is available on the RBOC website: bit.ly/1Neqb02.