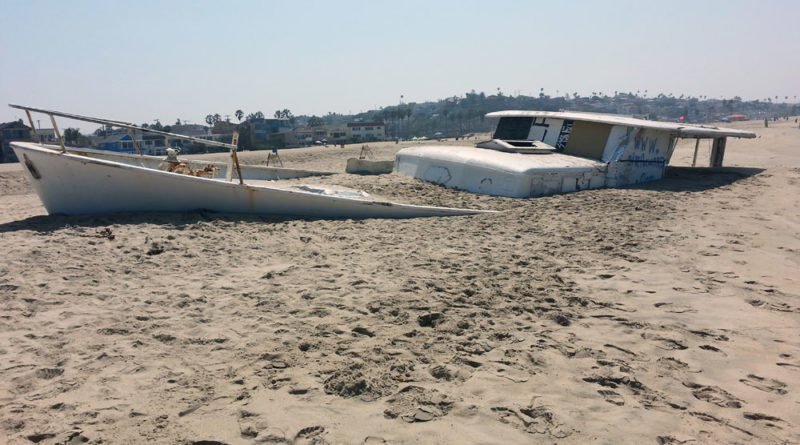 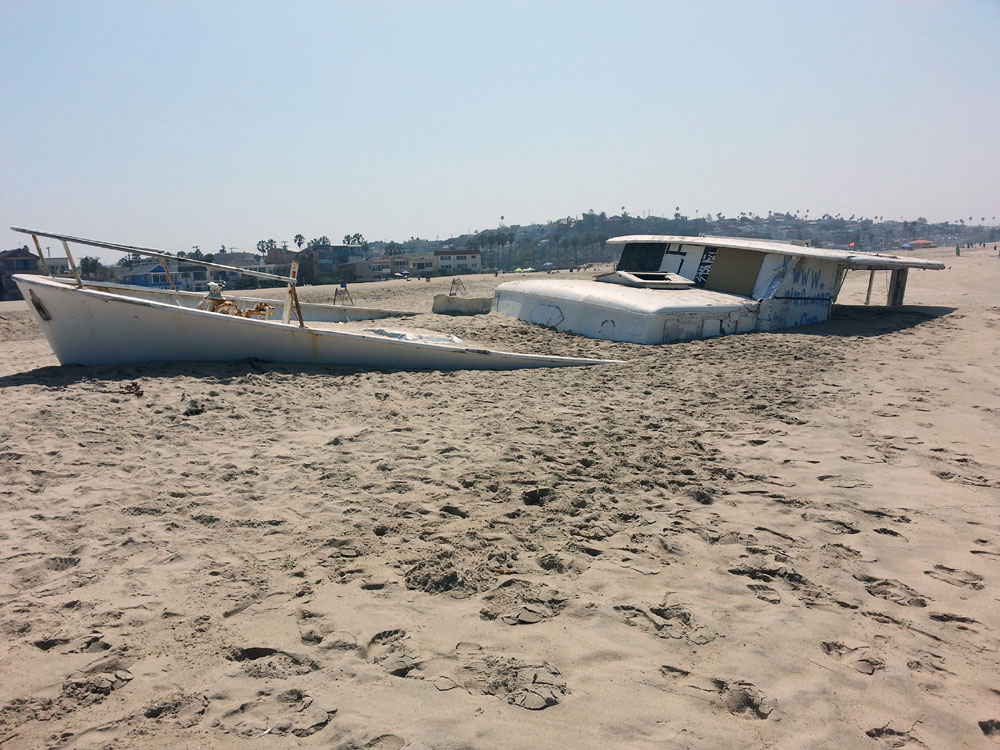 PLAYA DEL REY — The Playa del Rey shoreline would never be confused for an uncharted island near Hawaii, but the presence of the Angelique at the northern end of this enclave’s beach could very well be a scene from Gilligan’s Island.

The Angelique is short of a portly skipper, thin first mate and intelligent professor, but there was a storm causing a 70-foot vessel to become beached.

More than six months ago, the Angelique beached onto the shores of Dockweiler State Beach in Playa del Rey. Even though the vessel originated from the harbor in neighboring Marina del Rey, the city of Los Angeles ultimately became involved with removing the 70-foot boat from the beach.

While Marina del Rey is an unincorporated county governed by county officials, the boat’s crashing into the sands literally a few feet away from the waterfront enclave made it a matter of city jurisdiction, pulling Councilman Mike Bonin’s office, whose district includes Playa del Rey, into the fray.

According to a news report published shortly after the Angelique beached on Feb. 27, the captain of vessel anchored the 70-foot boat outside of Marina del Rey, fell asleep, and discovered the anchor was dragging early the following morning. With the captain unable to gain control of the boat, law enforcement officials reported that Angelique eventually beached onto Dockweiler’s sands.

The story is a little different from Cosmo Mitchell’s perspective. Mitchell is the owner and captain of Angelique. A post he wrote a few months ago on the fundraiser website GiveForward.com stated the Angelique –with three passengers and three dogs aboard–apparently ran out of gas in the middle of a storm before the anchor failed. It was this combination that, according to Mitchell, caused Angelique to find itself at water’s edge in Playa del Rey.

Stating she was a “beautiful part” of his life and his home, Mitchell further elaborated on how he and his wife spent the next three months trying to dig as much as 50 tons of sand out of the Angelique, all in an attempt to save the vessel.

“Things were going great,” Mitchell wrote to The Log. “My wife and I broke our backs removing the sand inside, and progress was incredible. The sanitation department from the state of California approached me and stated that they are not heartless and would like us to gather proposals from salvage companies.”

Mitchell also claims the state offered to help pay costs to get Angelique out of the sand and into the water.

However, not much progress has been made.

Deputy Brian White of the Marina del Rey Sheriff’s Station said it could take some time before final action is taken.

“It’s a slow process,” White said, adding there are some environmental and safety hazards to factor in before removing the vessel from the sand. “It’s a hazard. It’s a nuisance.”

Right now, the Angelique is partially submerged into the sand. Depending on the tide, the vessel could be 30 to 50 feet away from the water.

There have been instances when Angelique drew spectators. It was not uncommon to see children hoping aboard or near portions of the vessel still above sand, playing on near the bridge or having sand fights at the boat’s port.

Through it all, White said as a result of people’s curiosities, lifeguards and law enforcement officials monitor the Angelique daily. Warning signs were posted around the perimeter of the Angelique, with portions of the vessel where windows or doors existed boarded up. A yellow police line tape has regularly been visible in between warning signs. No injuries involving human interaction with Angelique have been reported.

White added since the boat is deeply immersed in sand, merely cutting up the Angelique is not a viable solution. Then there are concerns of how to keep any heavy equipment potentially used to dig the vessel out of the sand out of the water, especially whenever there is high tide.

Meanwhile, Mitchell claims his efforts to salvage the Angelique were impeded by bureaucratic and law enforcement officials.

“They shut us down on a bogus fabricated safety issue, with arrest threats if we do not vacate. They have a personal agenda for my ship,” Mitchell said.

Exactly how much it would cost to remove the Angelique from Dockweiler’s coast has not yet been determined, though officials predict the bill could be north of $100,000.