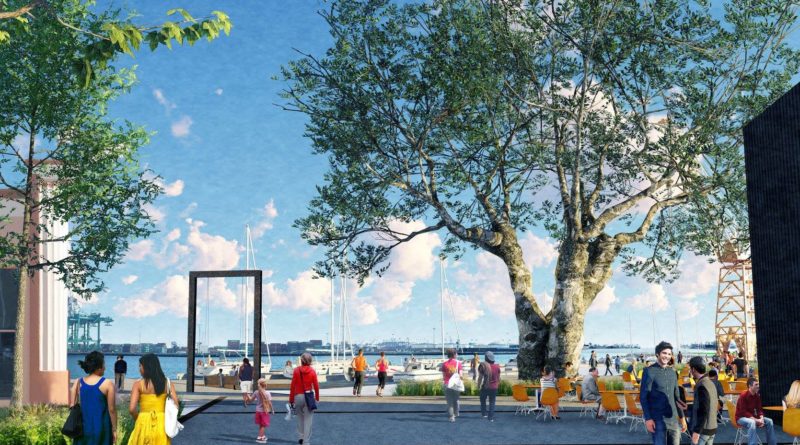 Waterfront redevelopment project could be completed and operational by the fall of 2021.

SAN PEDRO—Plans for the L.A. Waterfront redevelopment project in San Pedro, so much so the city has announced a groundbreaking ceremony for the public market space set to be built over the old Ports O’ Call Village will take place at some point in spring 2020.

San Pedro Public Market is slated to be completed and operational by fall 2021, according to city officials and the developer.

A second groundbreaking for the L.A. Waterfront’s promenade and town square elements would take place in winter 2020, according to a news report.

The new Public Market venue will replace the former Ports O’ Call village, which was once home to a marina and several restaurants. Both the marina and restaurants were torn down in recent years, in order to eventually make way for San Pedro Public Market.

Port district officials, in 2016, entered into a 50-year lease agreement to redevelop and renovate 30 acres of San Pedro’s waterfront. One of the immediate effects of the lease agreement: boaters leasing slips at the Ports O’ Call marina had to vacate immediately.

The evictions were more than three years ago – but there is a light appearing at the end of the redevelopment tunnel, with the groundbreaking ceremony announcement.

Conceptual plans for the San Pedro Public Market were presented at a special town hall meeting hosted by the Port of Los Angeles in March 2018. The new marketplace would be defined as a visitor-serving destination with dining, retail and recreational elements.

Tearing down Ports O’ Call Village or the brighter and shinier new toy that is the San Pedro Marketplace is part of a larger redevelopment project known as L.A. Waterfront. The city of Los Angeles could spend as much as $100 million on the L.A. Waterfront redevelopment, which aims to convert San Pedro into a coastal visitor-serving destination similar to Santa Monica or Newport Beach.

Bringing the L.A. Waterfront project online could also result in the relocation of USS Iowa, as it was previously reported in The Log. USS Iowa could be moved in order to better serve cruise tourists and accommodate visitor-serving amenities. The World War II battleship could be moved closer to San Pedro Public Market; moving the ship could cost the port district $16.5 million.

Wilmington would also undergo a few changes as part of the L.A. Waterfront revitalization. More than $50 million is expected to be poured into the new “Wilmington Waterfront Promenade,” another visitor-serving destination to be built at the Port of L.A.

Certain elements of the Wilmington Waterfront Promenade were still being hashed out when The Log last reported on the project. The Log hasn’t received any updates on the project.

Additional reporting on San Pedro Public Market and Wilmington Waterfront Promenade will be provided when new information is made available to The Log. General details about the project are available online at lawaterfront.org.