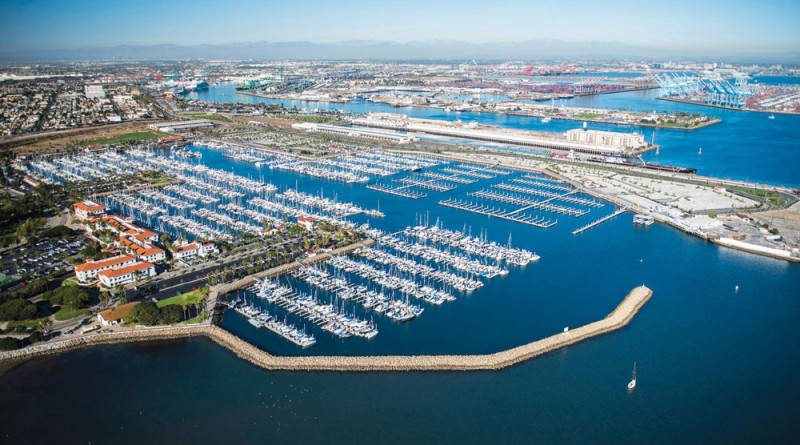 A committee recommendation to approve funds to study the economic viability of planned upgrades surrounding Los Angeles Harbor was on the City Council’s docket on Oct. 20. Council members received a report attached to the funding request detailing what portions of the harbor area would be studied for re-use.

At least two portions of the harbor being studied are directly adjacent to recreational boating marinas. Other maritime-themed locations are also included within the market study’s scope of work.

Each of the designated locations is publicly-owned and would undergo a site-specific analysis as part of the market feasibility study.

“The intent of this study is to provide a market feasibility overview outlining opportunities and constraints for hospitality development (hotels, resorts), for-sale residential development (single-family residences, condominiums, townhomes) and rental housing development in [San Pedro],” a city council report stated. “The goal of the study is to provide a roadmap outlining constraints and opportunities for residential development and hospitality-related services on publicly-owned sites located along the L.A. Waterfront which could provide a positive impact on the local housing supply while simultaneously stimulating the local economy.”

If realized the L.A. Waterfront would upgrade portions of San Pedro and Wilmington in hopes to convert the harbor area into a regional destination similar to coastal enclaves in Santa Monica, Venice and Newport Beach.

“The San Pedro Waterfront is the site of significant new public and private investments which together have the potential to transform the area into a regional destination and a hub of economic activity,” city officials stated.

Potential projects include redeveloping the Ports o’ Call Village (which is adjacent to San Pedro Marina) into an entertainment and retail center and continued capital upgrades of Cabrillo Marina. AltaSea could be converted into a 400,000-square-foot venue dedicated to marine technology research and innovation.

The market viability study is expected to cost $100,000, according to city documents.

Los Angeles’ City Council previously approved funding for a market feasibility study in June. At the time the funding request was for $60,000.

A citywide panel to guide the L.A. Waterfront redevelopment strategy was established in February. The panel, made up of representatives from nearly two dozen city bureaus and departments, is helmed by Kelli Bernard, L.A’s deputy mayor of economic development.

A website dedicated to the L.A. Waterfront (lawaterfront.org) has not updated visitors of redevelopment updates in several months.