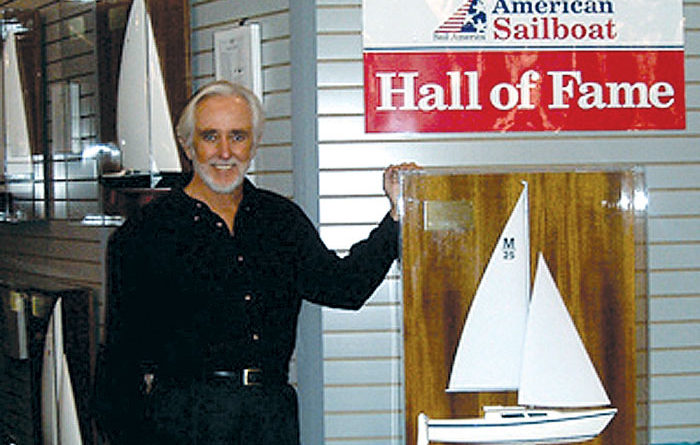 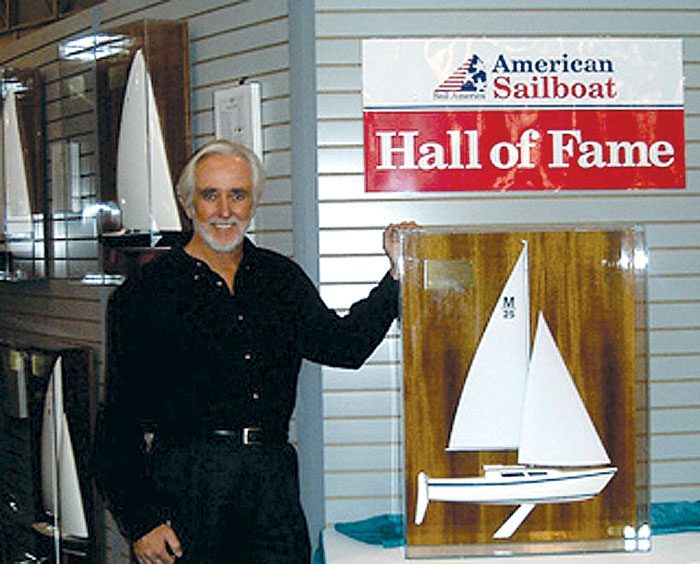 COSTA MESA — After 50 years of building the MacGregor 26 — the trailerable sailboat that gave many boaters their entry into sailing — MacGregor Yacht Co. founder Roger MacGregor has ceased production of the craft and has turned his attention to the construction of custom-built 70-foot MacGregors.

“My parents have not retired: They are unstoppable,” Sharp said. “They will still be (at the plant); the shop will just have a smaller footprint, because they are leasing out most of the factory.”

In the early 1960s, Roger MacGregor opened his boat-building facility in Costa Mesa after leaving a job at Ford Motor Co. to pursue a career in boat building. He built the company into a thriving business based on a college project he began while attending Stanford Graduate School of Business to earn his MBA. There, he built the business and designed the boat, as part of a college course.

He’s been going strong ever since.

One of the region’s longest-operating boat builders, MacGregor has built approximately 45,000 boats in its boatyard, located on Placentia Avenue in Costa Mesa. But it was time to end the long run, Roger MacGregor said.

“It was just a decision based on the fact that it is retirement time,” MacGregor said. “Plus, they put a huge retirement home behind our molding shop.”

The new three-story retirement facility that was built directly behind the plant’s mold shop made for an incompatible relationship. MacGregor said he believed the smells associated with fiberglass boat-building would bother the new neighbors.

“That’s one of the reasons that we thought about sending the whole production to Florida,” Roger MacGregor said. “It really gave me the incentive to get the whole fiberglass operation out of here.”

“It was time to do something different,” said MacGregor, who runs the business with his wife, Mary Lou.

He sold the 26-foot MacGregor molds to his daughter and her husband, Paul Sharp, several months ago. The couple had been the MacGregor overseas distributors since 1990.

They moved away from the area a few months ago, relocating to Stuart, Fla. — a city they said is reminiscent of the “old” Costa Mesa. There, the couple established Tattoo Yachts.

Tattoo Yachts will produce a Tattoo 26-footer along the same lines of a MacGregor 26, and a new Tattoo 22-foot motorsailer. Built of epoxy and foam core, the Tattoo 22 will be light enough to tow, will sail quickly on the water and will achieve speeds up to 20 knots under power, Laura MacGregor Sharp said.

Tattoo yachts will be sold by many of the current MacGregor dealers, both in the United States and overseas, Sharp said. The move to Florida will put the company closer to offshore shipping clients in Europe and South America.

Sharp estimated the first 26-foot Tattoo sailboat will be launched May 15. They hope to fill the market formerly occupied by the MacGregor 26.

“It is almost impossible to open a new manufacturing plant in California, where the governmental regulations make it very difficult — and it’s become very expensive,” Sharp said. “We wanted a real marine environment, and Florida is very similar to the way Costa Mesa was in the 1960s, where there are a lot of boats and marine supply chains available.”

A Different Era
In the 1960s and 1970s, Costa Mesa was home to a huge sailboat-building industry. Cal, Ranger, Islander, Columbia and many smaller companies manufactured their vessels here.

MacGregor said he remembers a time when at least seven boat manufacturers were located on Placentia Avenue alone, cranking out sailboats and new product lines.

“I think more sailboats were built here than anywhere else in the world,” he said. “I am the only one left.”

Many of those companies sold out to bigger companies or folded over time. Roger MacGregor attributes his company’s success to keeping prices low and concentrating on one line, rather than building many different models.

“A lot of my competitors had eight to nine boats in their line, and they never really concentrated on getting really efficient in building any one of them,” he said. He estimates that they came out with one new model every seven years.

“Just concentrating on one model was a godsend to us,”  MacGregor said.

Plus, he had good dealers, he said. With at least 30 dealers selling MacGregors, and one-third of the production being sold overseas, the line had approximately 20 dealers around the world selling the vessels.

Duncan McIntosh — publisher of The Log Newspaper, Sea Magazine, Boating World and Editor & Publisher; and producer of the Newport Boat Show and Lido Yacht Expo — was one of the first MacGregor dealers when he opened a yacht dealership in Redondo Beach’s King Harbor in 1967. He stopped selling the brand a few years later after he moved his company to Long Beach, where Stan Miller Yachts was the MacGregor dealer for the area.

“What sticks in my mind is that I had never heard of the boat — a customer told me about this great trailerable boat he’d seen,” McIntosh recalled. “I was interested enough to hunt Roger down in Costa Mesa, where they were pulling a part out of a mold when I walked in.”

In McIntosh’s estimation, MacGregor predated today’s new wave of entrepreneurs whose success germinated while attending college, such as Larry Page and Sergey Brin of Google. More than 40 years after his college start-up was launched, MacGregor’s company is still going, McIntosh said.

Barry Wood, a sales representative with Heritage Yachts, was a MacGregor dealer in the early 1960s, while working at H&S Yachts in Newport Beach. He estimates that he sold at least three MacGregors a month to clients looking to get into boating.             “He saturated the market,” Wood said.

The MacGregor 26’s low price, coupled with its versatility, boosted its popularity in Southern California, Woods said. “We had a real slip problem in Newport Beach. The slips were very expensive — and people wanted to get into boating, but did not want to spend thousands a month just on rent,” he said.

Clients appreciated that the boat could be kept on a trailer in their driveway or in an RV storage lot — a much less expensive alternative to keeping it in a boat slip. Being able to trailer the boat to various harbors for the weekend was another plus, he added.

With the 26-foot molds now in Florida, MacGregor said he looks forward to pouring his time into producing four to five custom-built 70-footers a year.

“It is a lot more fun to build big boats, by far, so we are concentrating on that,” he said. “There are no emissions or odors coming out of the plant (because of the epoxy construction), so there are no problems with our neighbors. We have given up all of our ‘pollution rights’ and will run a really tidy operation back there.”

Although he has retired the MacGregor 26s, MacGregor said he has no intention to officially retire from building boats.