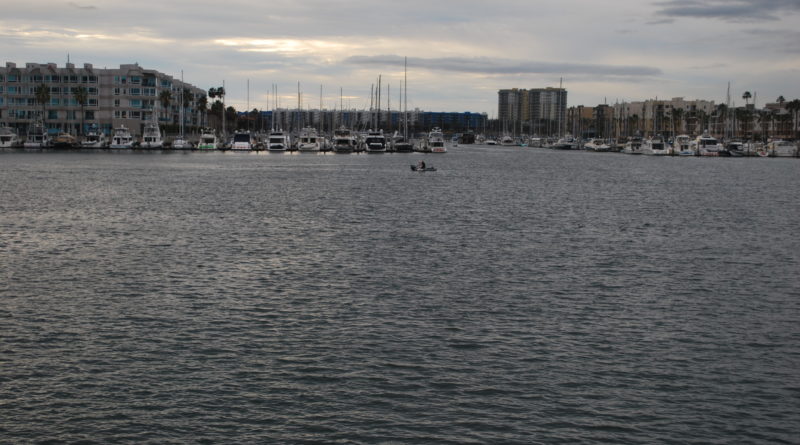 MARINA DEL REY-Southern California’s 2019 summer boating season is more than two months old now but it’s never too late to talk about boating safety. L.A. County’s Sheriff’s Department offered a brief public service announcement about boating at the June 12 Small Craft Harbor Commission meeting in Marina del Rey. The quick presentation offered what one deputy considered as obvious but necessary reminders of what boaters need to do to be as prepared as possible while out on the water.

Dep. Glenn Maska told members of the Small Craft Harbor Commission he and his colleague see several major faux pas whenever they patrol the waters of Marina del Rey.

“You don’t want to have an emergency happen and not be ready for it,” Maska said. “You’d be surprised how many people think it’s easy to put on a life jacket for kids. But if you have an emergency and the boat capsizes, they got to have your life preservers on ahead of time.”

Maska said his department has started issuing citations instead of warnings to boaters who were observed as not following various safety protocols.

He added law enforcement officials in Marina del Rey have observed excessive use of speed in the harbor.

“Watch the wake. People don’t think their wake really does a lot. It can cause damage to the dock vessels,” Maska said.

Boaters should also have all the necessary equipment aboard their vessels, Maska added. He mentioned equipment such as fire extinguishers, sounding devices, lights, horns and flares (to name a few).

“Some of the things you’d think are obvious and should be done aren’t being done,” Maska said.

One commissioner suggested the Department of Beaches and Harbors, Sheriff’s Department and local boaters should have regular safety meetings. A major concern is summer traffic in Marina del Rey, particularly how to manage sailboats, powerboats and human-powered vessels in the main channel.

The safety meeting mentioned at the Small Craft Harbor Commission was held on June 24, at The Boathouse. It was considered a public informational community meeting, as opposed to an official commission meeting.

One commissioner suggested future safety meetings should be held ahead of Memorial Day and include agencies such as county lifeguards and the U.S. Coast Guard.

Similar community safety meetings have been held at Newport Beach Harbor, according to commissioners.

Also discussed at the June 12 commission meeting were updates on capital projects at Palawan Way Building and Chace Park Parking and Docks. A five-year lease extension amendment for Parcel 22 was also discussed.

The Small Craft Harbor Commission holds its meetings once a month at Burton Chace Park in Marina del Rey. Matters voted on by commissioners function as recommendations to the L.A. County Board of Supervisors.