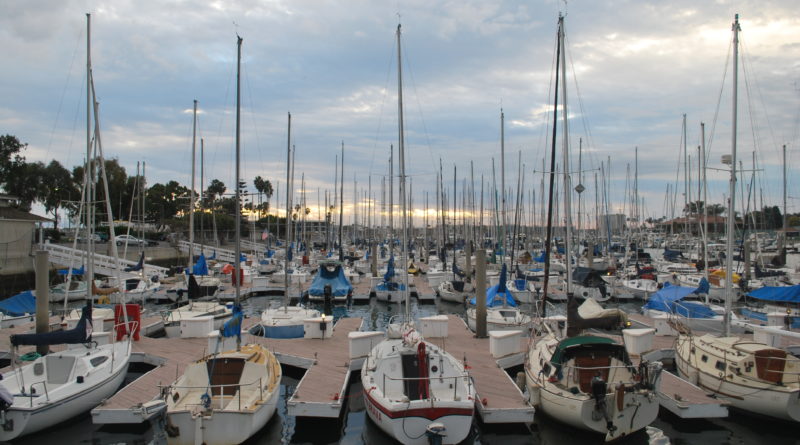 In addition to planning for a new parking structure, the boat launch ramp will receive a facelift and boat wash stations and a dock near Parcel 77 will be replaced.

MARINA DEL REY—Marina del Rey’s Small Craft Harbor Commission received updates from Department of Beaches and Harbors staff about a few capital improvement projects that are on the books and would benefit harbor users. The meeting took place on June 12.

According to Tripp, when Marina Del Rey’s Local Coastal Plan (LCP) was updated in 2012 there was provision explaining that new parking could be added if necessary after losing a space on the opposite side of the marina near Parcel F. As a result, the county granted nearly $3 million to build a structure near the Visitor’s Center.

The structure will be built in what is now known as Lot 4 and will include an additional 300 parking spaces. Currently, the structure is planned to be a two-story parking garage with roof parking.

Tripp stated, “We think it’s a good place for parking because of the events we have here in the park and we’re looking forward to starting on that one [the parking structure].”

Another project that is coming along is giving a facelift to the boat launch ramp. Tripp told commissioners that design for the launch ramp is 90 percent completed and has been submitted to California’s Division of Boating and Waterways (DBW) to provide feedback. Part of the update process will include resurfacing and re-scrapping the entire lot nearby.

Tripp said, “We’re going to be doing that in phases, so we don’t disrupt boater access.”

He also mentioned that the boat launch ramp had not been updated for some time and the project would likely begin in fall of 2020.

Other elements that will be replaced are the boat wash stations and a dilapidated dock next to Parcel 77.

Tripp continued, “We’re just deciding exactly what we want that dock to look like right now.”