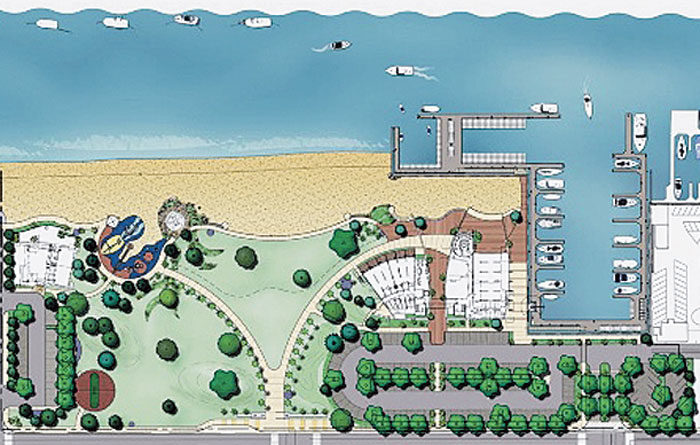 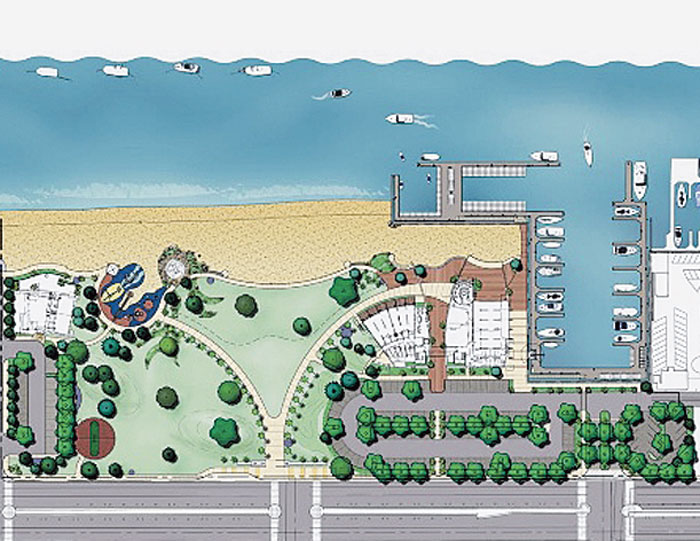 The commission’s unanimous approval of the project at its June 13 meeting signified the clearing of a large regulatory hurdle for Marina Park, which has been in the works for nearly a decade.

“A project designed to open up 10 acres of waterfront land for a public park is extremely rare in Southern California, and we feel privileged to have this opportunity in Newport Beach,” said Newport Beach Mayor Nancy Gardner. “We appreciate the Coastal Commission’s support and are particularly grateful for the many residents who worked so long and hard on this project.”

Designed by Rabbe/Herman, along with Bundy-Finkel Architects, Marina Park is estimated to cost between $20 and $28 million, depending on final design characteristics. It will replace a 57-unit mobile home park that is currently on the site.

Residents of the 50-year-old mobile home park will be given a 90-day notice to vacate the premises as soon as a construction date is posted, which Newport Beach deputy Public Works director Dave Webb indicated should begin in January 2013.

Approximately 52 residents located on the site entered into a settlement agreement with the city in 2007, with the city paying for $35,000 for each unit and slightly lowering the rent for the remainder of the residents’ stay on the property.

“The residents of Marina Park have been troopers throughout these times,” said city manager Dave Kiff. “They love where they live — and appropriately so. It’s a wonderful place. They have my admiration for how they have handled this process.”

While the commission approved the plans for the site, a few conditions were discussed on the building height and the area’s landscaping, including a limitation on the height of the community center’s 71-foot faux lighthouse that was to act as the building’s identifying characteristic. The current height restrictions are set at 35 feet for Newport Beach’s Balboa Peninsula.

“I’m concerned about the precedent it would set,” said Commissioner Esther Sanchez. “Maybe if it was 10 or 15 feet above the variance, but 71 feet is too high.”

The commission deadlocked on a motion to allow the structure to impede the height variance, which ultimately defeated the amendment, leaving the height at 35 feet.

Commissioners also discussed Marina Park’s plans to reuse and resituate the property’s existing palm trees (non-native species) on the future property, and ultimately allowed for the trees to stay.

“It took a lot of effort and a lot of  patience from the city, the residents and everybody to get this project where it is,” said Newport Beach resident John Corrough, who was on the original Marina Park Council-Citizens Committee. “It’s great that we’re so close to seeing it through now.”