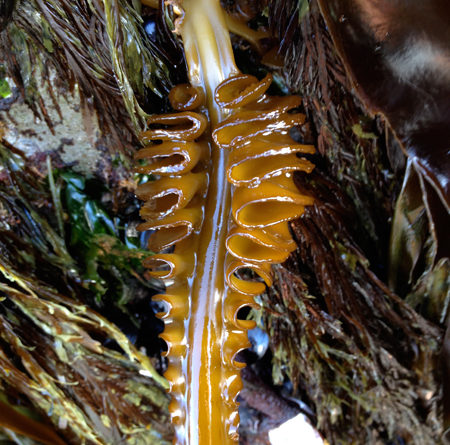 Arrival of spring means devil weed and Wakame invasions is more likely to spread into ecosystem.

“With spring right around the corner, warmer waters and the high volume of boaters increase the likelihood of spreading the problem – further threatening the sanctuary ecosystem,” Diaz and Hasting stated. “Sargassum horneri (devil weed) and Undaria pinnatifida (Wakame) both have incredibly unique characteristics that allow them to easily spread and invade new areas.”

“As the boating season approaches, resource managers are concerned of boat-facilitated spread aiding the natural dispersal of these algae,” Diaz and Hasting stated. “For these reasons, the sanctuary and partners are working on an invasive species management plan to control the spread and prevent further introductions.”

Sanctuary staff stated they would refer to the management of quagga and zebra mussel invasions in freshwater bodies to guide their approach with devil weed and Wakame. Any management plan would emphasize a collaboration of local, state and natural agencies and jurisdictions.

“One of the major goals of the plan is to create a network of coastal partners to increase the capacity to control invasive species along our coast,” Diaz and Hastings stated. “Our hope is that by working together we can at least control the current invasion and prevent further spread by sanctuary visitors.”

California Sea Grant and UC Santa Barbara’s Marine Science Institute launched a website to help raise awareness of invasive species along the Central Coast; the website is at marineinvasives.org.

“As boaters navigate sanctuary waters, we encourage them to maintain effective control strategies including learning how to properly identify invasive species; keeping hulls, gear, anchors, and anchor lines clean and free of invasive hitchhikers; not intentionally or accidentally removing or releasing invasive species; and reporting sightings of the algae,” sanctuary staff stated.