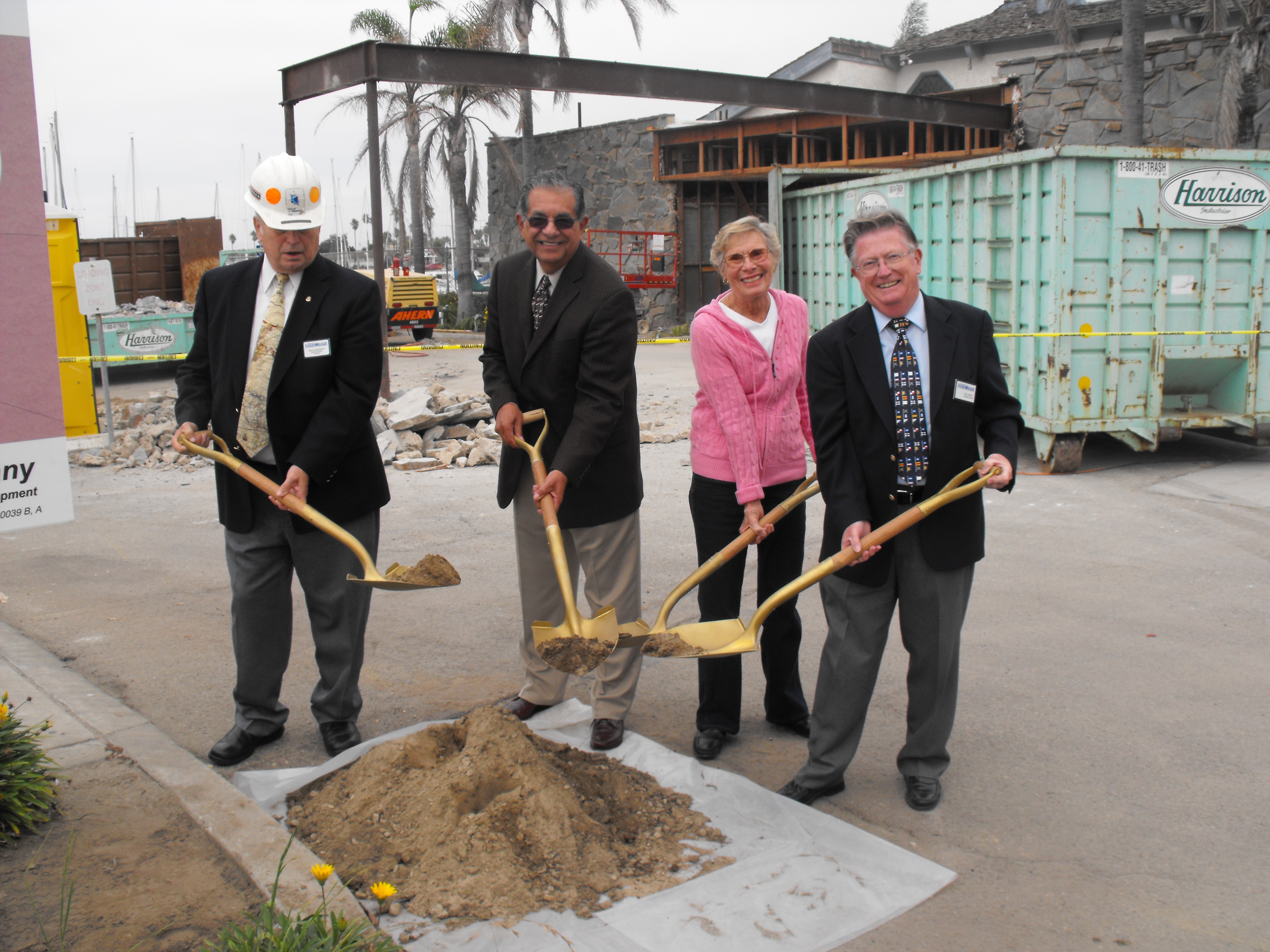 CHANNEL ISLANDS HARBOR — In August 2010, a banner was raised at the planned new location of the Ventura County Maritime Museum, on the harbor’s west side. Having long outgrown its current 5,000 square feet of space at Fisherman’s Wharf on the harbor’s east side, the museum will soon occupy the new building, providing 12,000 square feet of space and offering views of the harbor and mountains.

The museum’s new facility has been under reconstruction since Oct. 6, at the old Port Royal Restaurant on Harbor Boulevard — situated between the Whale’s Tail Restaurant and the under-construction Channel Islands Boating Center, which is scheduled to open in October 2012.

A host of local dignitaries representing Ventura County, the city of Oxnard, the Ventura Port District and Channel Islands Harbor were present to celebrate groundbreaking at the new museum location, along with many of the museum’s volunteers and its board of trustees.

“We had hoped to be moved in by now, but construction has begun and we have enough capital to complete phase one of construction,” stated museum executive director Bill Conroy.

To date, the museum’s capital campaign has raised $1.5 million, and this funding will enable the museum to open the first level — or about 6,000 square feet of space in the two-story building.

Phase 1 construction includes three new galleries with expanded exhibit space, an expansive and bright entryway, a new roof, an updated parking lot with up-to-date passive filter systems to collect and filter rainwater, a new heating and air-conditioning system that will ensure a stabilized environment to protect the collection, new fire control sprinklers and monitoring systems, and an expanded gift shop located next to the reception desk, enabling one volunteer to operate both areas simultaneously. The facility will be compliant with Americans with Disabilities Act standards.

“We will have a world-class museum,” Conroy said. “Even with only one level ready to open in May 2012, we are gaining space and the ability to add new exhibits as we work to raise more funds to complete the second phase of the reconstruction.”

A new entrance courtyard, providing a dramatic view to the harbor from the entry, will be added as part of Phase 2 of the project — along with a complete revamp of the facility’s second level. The cost for this phase is estimated at $1.1 million, with a final completion date not yet set.

“The city has provided $75,000 a year for five years to help the museum become a reality,” Conroy said. “We truly appreciate the support we have received from them.”

“The new museum will be good for the community and the children,” said Ventura County Supervisor John Zaragoza, representing the Fifth District. “Channel Islands Harbor needs revitalization — and, with projects like these, it will become a destination.”

Oxnard City Councilwoman Carmen Ramirez, who has personally contributed to the museum, said, “This new museum enhances our city.”

In reference to the recent groundbreaking ceremony for the development of the new Channel Islands Boating Center, Harbor Director Lyn Krieger stated, “It’s going to be great seeing children of all ages going back and forth between the boating center and the museum.”

Museum Board of Trustees President Bill Buenger said, “All my adult life I have been involved in maritime — as a sailor and in shipping with the port district — and this project is a labor of love.”