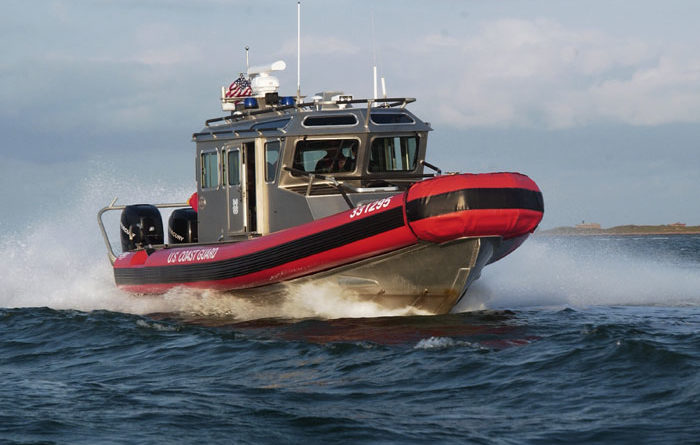 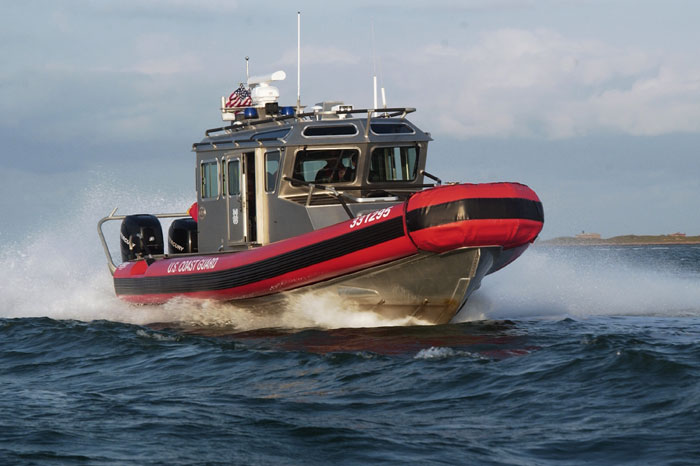 WASHINGTON, D.C. (LOG NEWS SERVICE) — Although failure by a Coast Guard coxswain to operate his boat safely caused a boat collision that killed an 8-year-old boy and injured 10 others on San Diego Bay Dec. 20, 2009, a “poor command climate” at Coast Guard Station San Diego contributed to the mishap, according to a Coast Guard final action memorandum released Jan. 31.

“Common sense,” he wrote, “would dictate low speed operation under these circumstances.” Currier was referring to the conditions that existed at the time of the crash — including darkness, background lights and the number of boats gathered to watch the San Diego Bay Parade of Lights.

Crew and witness accounts, along with engine data, estimated the 33-foot Coast Guard patrol boat’s speed of travel at between 19 and 40 knots at the time it overran a 24-foot Sea Ray power boat with 13 people aboard. The pleasureboat was reportedly was only traveling at 2 to 4 knots at the time of the accident.

“Sound leadership could have averted this mishap,” Currier wrote in his report. Three officers-in-charge (OIC) had been relieved for cause in the eight previous years at the San Diego Coast Guard station. The last was on Dec. 11, 2009, only nine days before the mishap.

The last OIC was relieved for reported involvement in an inappropriate relationship with a subordinate — who happened to be responsible for overseeing the crew of the boat involved in the accident that killed the young boy.

Of the five Coast Guard crew members aboard the 33-foot special purpose craft at the time of the crash, three were tried and found guilty of violations of the Uniform Code of Military Justice at varying levels of courts-martial. They received punishment ranging from 30 days confinement to quarters and forfeiture of rank and pay, to a letter of reprimand.

The coxswain — Petty Officer 3rd Class Paul Ramos — was convicted by general court-martial of dereliction of duty May 23, 2011. He was reduced in rank and sentenced to three months in the U.S. Naval Brig at Miramar.

The purpose of this investigation was to identify and better understand the factors that led to the collision, and what can be done to prevent future mishaps, the Coast Guard said.

“No words or deeds can atone for the death of a young boy, or for the pain caused to his family. We can only affirm our resolve to ensure nothing like this happens again, Currier said.

A copy of Currier’s 14-page memo was posted Jan. 31 on the Coast Guard website, at uscg.mil.

— A report from The Associated Press was used in this story