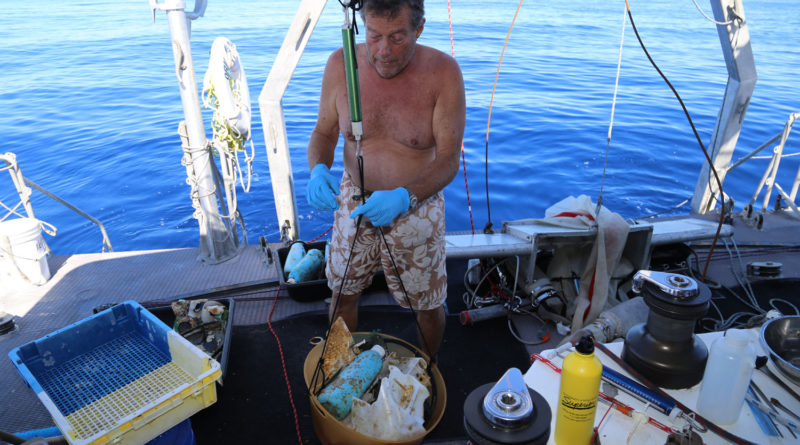 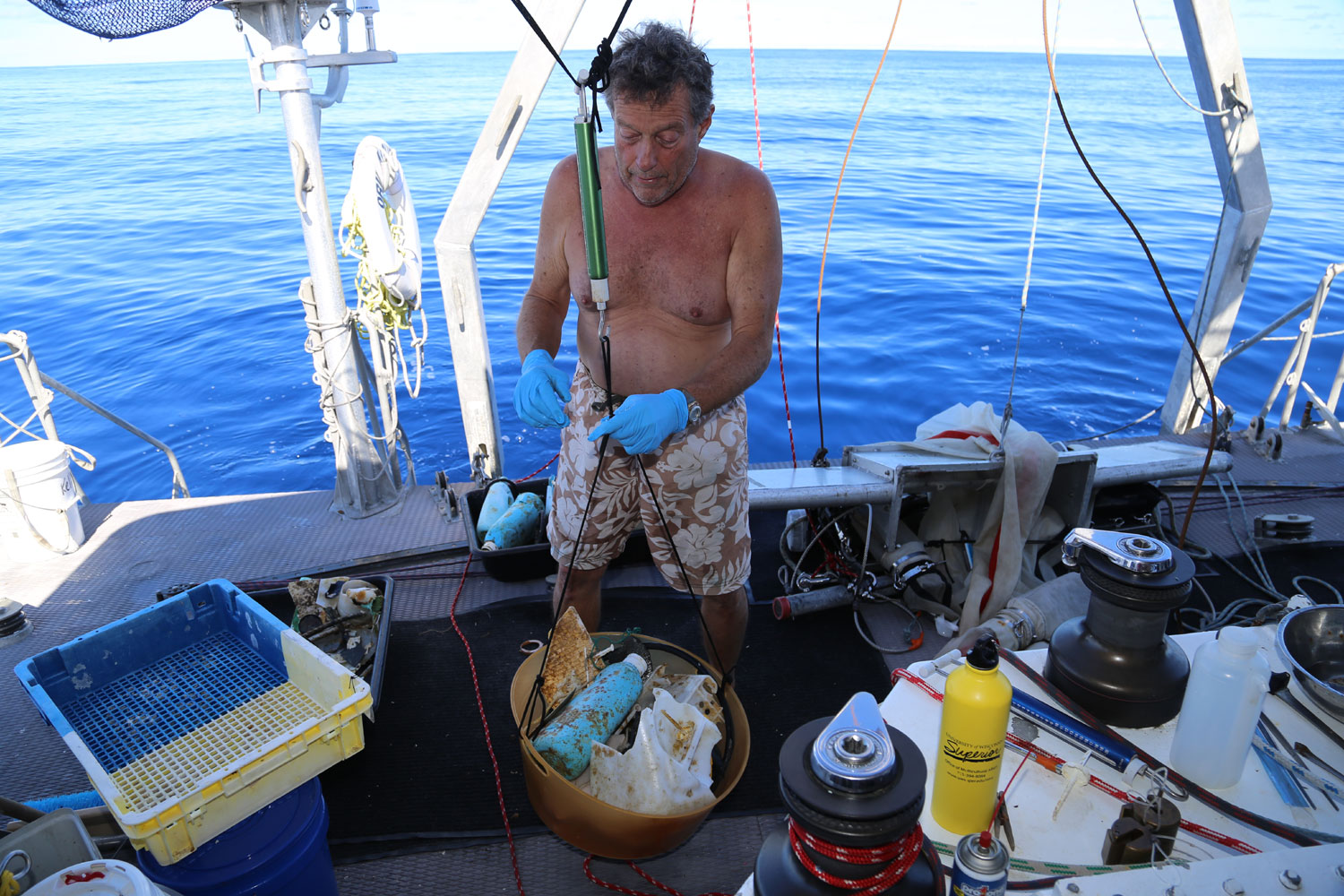 After six weeks of conducting research at the Great Pacific Garbage Patch at the North Pacific Central Grye, Capt. Moore has gathered extensive data on how plastic debris impacts our oceans.

And the results are not encouraging.

“Some people theorized that the debris will become suspended in the water column under rougher conditions but preliminary findings are that we didn’t see much of that,” Capt. Charles Moore said. “Most of the stuff was floating on the surface and the extent of it had increased dramatically.

“I was there doing this sampling five years ago and this was nothing like it was five years ago,” he added, “this is much, much worse.”

The increase can be attributed to the 2011 tsunami but another reason is the Asian countries bordering the Western Pacific have adopted the “throw away plastic consumer lifestyle,” Capt. Moore explained.

The trip on Algalita, a 50-foot catamaran, began in July with a team of scientists with the Algalita Marine Research Institute. They studied debris and water samples for 30 days with an ultimate goal of evaluating long-term trends and changes in the gyre. Samples and new data will be merged and compared to the data collected over the past 15 years.

Four scientists monitored 11 stations to gather fish, water and plastic debris to bring back to the lab for analysis. A new Tucker trawl allowed the team to sample 30 feet below the surface.

The team discovered an enormous amount of predation on plastic debris such as bite marks on items, and remnants of hard-to-crew items such as bottle necks, crate corners and knotted ropes.

“What I think is happening is animals are getting fooled, things are breaking into bits and getting disentangled,” he said. “I think it makes it harder to clean it up.”

However, Capt. Moore believes that due to the large amount of trash recently discovered, it would have been possible for debris to be removed using a large skimmer.

“It appears to have expanded toward the coast of California and where we expected to see small amounts at the edge we saw large amounts that went on for days at the edge,” he said. “The periphery is becoming as polluted as the center. It’s just amazing.”

Since 1999, Algalita has embarked on eight research expeditions that have resulted in the longest running data set for the region, according to the organization, which was the first to develop a standard methodology for sampling and analyzing micro-plastic debris from ocean waters. The institute has participated in expeditions on the North and South Atlantic Gyres, South Pacific Gyre, Indian Ocean Gyre and in Antarctic waters.

Capt. Moore and the scientists will spend a lot of time running sample analysis on the water samples as well as looking at the blood and livers of fish that live out in the gyre to determine how they are impacted by the plastic debris.