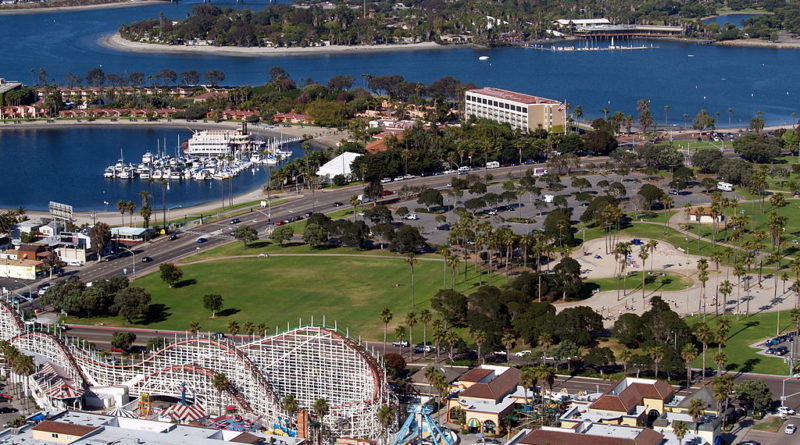 The California Coastal Commission approved an application to convert a space at San Diego’s Mission Bay, once used as a visitor and information center, into a coffee and juice bar.

Commissioners approved the application on June 13, as part of the consent calendar for that day’s agenda.

The applicant had to bring the proposed coffee and juice bar to the Coastal Commission as part of a change in intensity of property use.

“The area to be converted to a coffee/juice bar is a small portion of the former Information Center for Mission Bay Park that was most recently used for a vending machine area, storage space, and bathroom, but has been closed to the public since 2010,” Coastal Commission staff stated in a report to commissioners. “A majority of the proposed work will consist of interior renovations to the existing space. No expansion of the existing building is proposed.”

The building once housing the visitor and information center was built in 1969 and was a resource for the visiting public.

“The center also sold tickets, assisted with hotel reservations, rented out equipment for water activities in the bay, and ran a small snack bar,” Coastal Commission staff stated. “In the last two decades, the public’s reliance on the Visitor Center’s services dwindled as information/visitor resources became accessible from more convenient sources, such as internet websites and apps, reducing the need for people to use the Visitor Center,” Coastal Commission staff said.

“The Visitor Center was eventually closed in 2010, and there is no public use of or access to any portion of the building,” Coastal Commission staff continued.

A 310-square-foot portion of the former Visitor Center would be converted into a coffee and juice bar. An 86-space parking lot and public boat launch ramp are within a short walk of the coffee and juice.

“This small visitor-serving operation is not anticipated to draw additional members of the public to Mission Bay Park, as it would be located among existing park amenities that serve visitors already in the park; thus no additional parking is needed to serve the use at this time,” Coastal Commission staff stated.

The coffee and juice bar would be 150 feet away from Mission Bay’s waters.