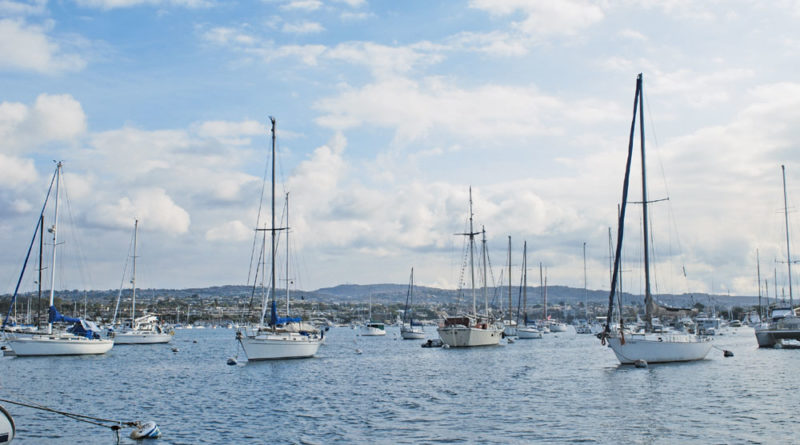 NEWPORT BEACH — Moorings could become more affordable in Newport Harbor as City Hall will be crafting a resolution to reduce the mooring fee by about one-third.

Newport Beach City Council’s special meeting on June 16 drew a standing room only crowd of about 150 people. Council members spent nearly two hours deliberating several recommendations from the Harbor Commission and directed city staff to draft a proposal where recreational boaters could possibly pay $35 per linear foot — down from the current rate of $55 per linear foot — for an offshore mooring.

The council’s recommended offshore mooring fee was higher than the $25 per linear foot rate suggested by the Harbor Commission. A final vote on mooring fees and related issues will be held at a later date.

Brad Avery, in one of his final acts as Harbor Commissioner chair, presented to the council a baker’s dozen of the advisory board’s recommendations. The 13 recommendations outlined the results of a series of public workshops held between February and April, where mooring holders and harbor commissioners ironed out specific details of fees, transferability, wait lists, third party rentals and insurance requirements, among other items.

Avery told council members he believed the current $55 per liner foot rate for moorings was high.

During the Harbor Commission’s workshops, the advisory board reached an accord to recommend $25 per linear foot, a rate Avery said was in line with mooring fees in San Diego.

Avery said the rate proposal was based upon what other harbors were charging for their respective moorings.

He added a key element of the commission’s deliberations was to ensure the public had access to low-cost boating in Newport Harbor.

“A lot of people who are on moorings have fixed incomes. Boating is very important to them and this is the only way they are able to achieve it in this area,” Avery said.

Still, the correlation between mooring cost and the ability to remain in Newport Harbor was a consistent theme at the June 16 city council meeting and throughout the Harbor Commission workshops.

High mooring rates and few available amenities for moored boaters might result in some leaving Newport Harbor for another marina, where fees could be lower and local services are easier to access.

One mooring holder, Denise Peterson, said she has moored at the harbor since 2001 and hopes to remain in the Lower Bay.

“If the mooring fees continue to go up, I will be priced out of Newport Beach and will have to go somewhere else,” Peterson said.

Lowering mooring fees might help keep some boaters in the bay but would also diminish how much money is available in the Tidelands Fund. The proposed $25 per linear foot rate for offshore moors would, according to city staff, reduce the tidelands budget by more than $1 million, meaning Newport Beach would not be able to pay for or fully fund certain harbor-themed capital projects.

Thomas O’Keefe, a mooring holder in Newport Harbor who once served as San Clemente’s mayor, revisited a topic that dogged harbor commissioners and city staff earlier this year: Proposition 218.

“I know the [Newport Beach] City Attorney disagrees with the fact that the fees charged mooring owners are covered by Proposition 218,” O’Keefe said. “The whole purpose of 218 was so that cities and other agencies could not hide taxes without the vote of the people by calling it a fee or a charge. It clearly includes fees for services. There has to be a study made [to find] any increase in cost is justified but the cost of the service and the increase in the cost of that service.”

Some boaters questioned the city’s method of collecting money from mooring owners during the Harbor Commission’s workshops in March and April. They alleged Newport Beach mooring fee doubles as a tax.

Yet, how do mooring fees in Newport Beach compare to what boaters pay in other harbors?

Avalon is home to 400 moorings, which are leased to private boaters or available for rent on a first-come first-served basis. Rates run the gamut from $70 to $272 per week during the winter months and $204 to $810 weekly in the summer. Boaters must also pay a $9.99 online booking fee and moor for at least three nights.

New mooring fields recently sprouted in the cities of Long Beach and Redondo Beach. In Long Beach’s Belmont Shore district, nearly two dozen moorings are already operational near the pier and another 20 could be on the way within the next year.

Moorings are also aplenty in San Diego and Mission bays. The San Diego Mooring Co. manages 462 moorings in the harbor, with transient boaters charged $7.50 per day for 30 days and monthly rates ranging between $128.17 at Shelter Island to as high as $157.07 in America’s Cup Harbor.

San Diego limits moorings in Mission Bay to boaters with vessels of 25 feet and smaller. Further, boaters must bring their own moorings.

Recreational boaters in Santa Barbara pay 90 cents per linear foot daily for a mooring berth, according to a July 1, 2014 rate sheet.