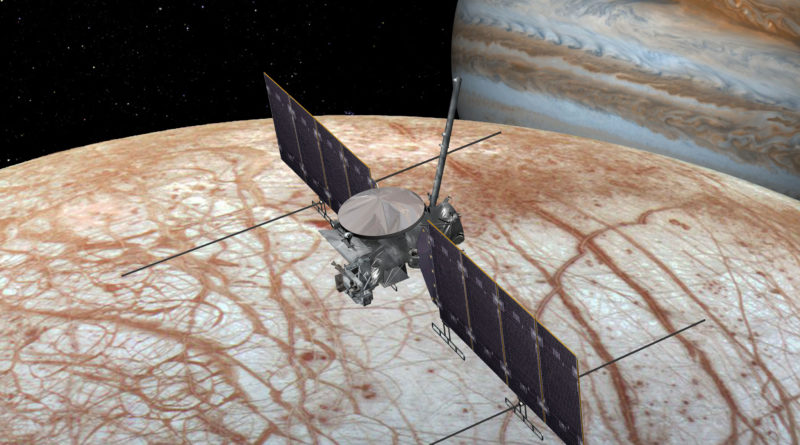 WASHINGTON, D.C.—There are dozens of ideas about what aliens might look like, but what about alien fish? Is fishing possible in space? NASA is one step closer to finding out. NASA is designing a spacecraft for an exploratory “fishing trip” to Jupiter’s moon to find out how friendly the liquid ocean that likely spans beneath its frozen crust might be to life. The agency announced on Aug. 19 its spacecraft, Europa Clipper, has been cleared for the final design phase and its mission has been confirmed.

“We are all excited about the decision that moves the Europa Clipper mission one key step closer to unlocking the mysteries of this ocean world,” Thomas Zurbuchen, associate administrator for the Science Mission Directorate at NASA Headquarters, said in a released statement.

NASA is targeting to have the Europa Clipper spacecraft complete and ready for launch as early as 2023. The agency baseline commitment, however, supports a launch readiness date by 2025.

While the flyby mission to Jupiter’s moon, Europa, will not include any actual fishing for alien sea bass, it will include an in-depth exploration into whether the icy moon could harbor conditions suitable for life. It will buzz the space rock, swooping into its atmosphere 45 times over the course of three years, according to a press release. It will be equipped with instruments, which will probe Europa to determine if the space rock possesses the ingredients necessary to support life as we know it.

Magnetic measurements from the Galileo spacecraft in 1997 suggest that a conductive substance, such as saltwater, lies beneath the icy crust. Combined with the interior heat source that keeps the ocean from freezing, and possibility for the presence of organic compounds, some scientists believe Europa could have the trio of ingredients required for life as we know it: water, energy, and nutrients.