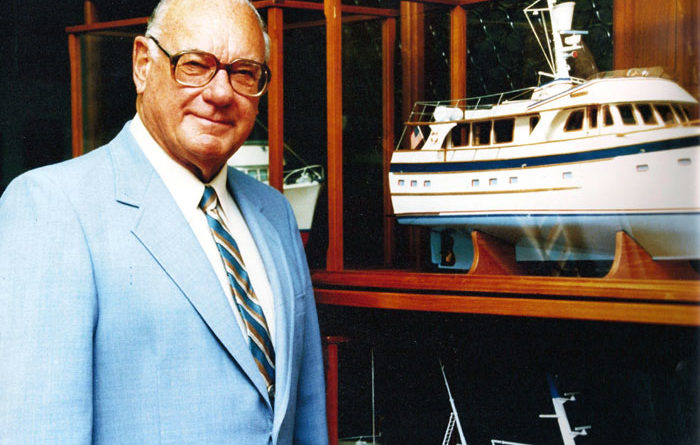 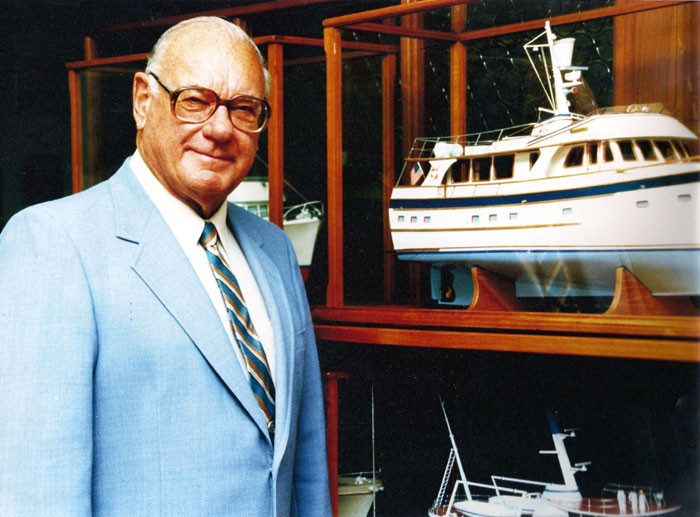 SAN DIEGO — Renowned yacht designer Arthur DeFever, best known for his long-range cruising yachts and his contribution to the tuna boat industry, died April 10. He was 94.

The longtime naval architect died peacefully, with his family by his side, DeFever’s son, Don DeFever, confirmed to The Log.

Beloved for their traditional lines and sturdy construction, DeFever vessels are known worldwide — and are owned by everyday cruisers and royalty alike.

DeFever’s entry into boat design began in the 1950s, when he designed conversions of small naval vessels to tuna fishing bait boats. In 1954, he moved his naval architecture business to San Diego, where he began to design and build commercial tuna clippers for the San Diego fleet.

According to DeFever’s family, he helped to influence the modern tuna clipper design, developing boats with a bulbous bow, aft engine room, high-powered net and chase boats, helicopter spotting and many other innovations.

DeFever’s first yachts were built in the early 1960s. DeFever set out to design a seaworthy long-range cruising boat when friends in the Offshore Cruising Society, where he was a member, suggested he create a cruiser with the capability to make long runs up and down the Pacific Coast. DeFever subsequently designed pleasurecraft for the cruising club in the 38- to 54-foot range, according to the DeFever boat owners’ website, deverfercruisers.com. Several of these vessels still cruise along the Pacific Coast, including the vintage 1960 vessel Pau Hana II.

By the 1970s, DeFever began to build fiberglass vessels, moving away from the earlier wood and steel models. He answered clients’ demands for speed by designing vessels with hulls built for increased speed using larger engines.

According to a April 2009 Sea Magazine feature on DeFever by John Freeman, DeFever built more than 3,800 yachts. DeFever yachts were known for their long-range capabilities, and the boat builder was hired to design boats for royalty and the well-to-do — including a German beer baron for whom DeFever created a luxurious 154-footer. DeFever built vessels mostly in the 40- to 70-foot range.

“I feel I’ve accomplished quite a bit and made a lot of people happy,” DeFever said, in the Sea article. He was 90 at the time and still going strong — still going into the office every day, and still designing boats.

DeFever’s introduction to boating came at age 7, when the San Pedro native would make frequent trips to Catalina with his father, Edmond. By 17, DeFever built his first boat, a wooden rowboat, that he rowed solo to Catalina. After attending USC and UC Berkeley in the 1930s, he got a part-time job through his father in the Universal Studios art department, designing movie sets. He also spent time sketching wood-hull tuna boats.

By the early 1940s, DeFever was designing and constructing custom furniture for the Los Angeles and Hollywood elite. He became involved in military watercraft design and construction while working for San Pedro Boat Works during World War II.             The melding of both passions resulted in a thriving career in yacht building.

DeFever yachts continue to be seen up and the Pacific Coast and worldwide. The annual DeFever Rendezvous continues to be a popular event with those who love his yacht designs.

According to his family, DeFever lived life to the fullest and enjoyed outdoor adventure. He cruised in his designs all over the world, was an avid sailboat racer at world and national championship levels, and he enjoyed hunting, fishing, spending time at Catalina Island and entertaining friends and family.

Arthur DeFever is survived by his wife, Ruth; daughter, Carolyn (and husband Doug); sons Arthur Jr. and Donald (and wife Nancy); three grandchildren: Joseph, Samuel and Daniel DeFever; a sister, Theresa; and a half-sister, Martha of Oostende, Belgium. He was preceded in death by his oldest son, Alan, and his first wife, Dulcie.

In lieu of flowers, donations can be made to the Catalina Conservancy, the San Diego Zoological Society or a charity of choice. Private services are to be scheduled.